First of all, in order to get to China, you have to take a Chinese visa.A valid passport and visa are required for an individual to enter China. China visas are generally issued for 3 months, 6 months or 12 months from the date of issue and allow single, double or multiple entries according to visa application request and supporting documents. Length of stay is usually up to 30 days.
All major airlines have flights every day to Beijing, China from any travel destination including the major cities of North America, Western and Central Europe, some African countries and most of Asian major hubs. It doesn't matter from where you are travelling; you will reach China within a day with air flights or by sailing.
You can also take legendary the Trans-Mongolian train to China from Ulaanbaatar, Mongolia or by the Trans-Siberian train all the way from Moscow to Beijing with a few stops along the way in Siberia and Mongolia. According to the Customs Law of the People's Republic of China and PRC Customs' Supervision and Management on Inward and Outward Passengers' Luggage, the luggage carried by inward and outward passengers shall enter or leave the territory at a place where there is a Customs office, and must be declared to Customs officers as required. 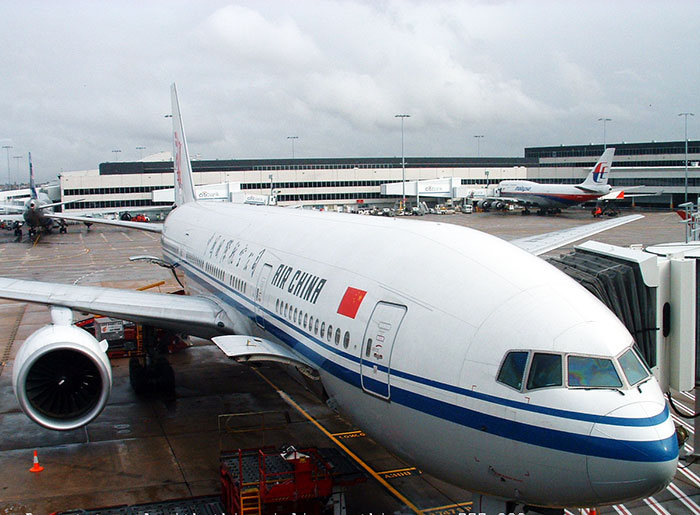 China is accessible through the major international transport hubs of Beijing, Shanghai and Hongkong. Airplane is the usual mode of entry, but arrival by boat or overland is also possible.

Beijing, Hong Kong and Shanghai are China’s best-served international airports, receiving direct worldwide flights. But, Guangzhou is seeing increasing international traffic and can offer some of the cheapest flights.

FROM THE USA & CANADA:

FROM THE UK & EUROPE:

Many of Europe’s capital cities are linked by direct flights to China, which take between 10 and 12 hours Airlines that fly from Europe to China include:

Direct flights from Australia take between nine and 12 hours to reach China. New Zealand is less well served but there are still direct flights, although you may want to travel to Australia and then on from there.

The most popular overland routes into China are from the north through Mongolia, from the south through Vietnam and Laos, and from the west through Nepal into Tibet, but it’s also possible to get into Xinjiang from Pakistan and the Central Asian Republics along the old Silk Route. Mote that for most of these countries you’ll need to obtain a visa in advance.
You can book train tickets for the Trans-Mongolian and Trans-Siberian Expresses in Beijing, but to be sure of a berth, it’s worth booking in advance. Solid Ways Travel Agency can help you to book Trans - Mongolian or Trans Siberian train tickets via Train to Mongolia.

Not many people arrive in China by ship, but it is still a possibility and Shanghai is served by ferries from Japan, while cruise liners call in at Hong Kong. Cruises last from a couple of weeks to months, but they generally only spend a few days docked at Hong Kong and cost in the thousands of dollars. Cruise companies that run to Hong Kong include: