During your China tours and China travel it would be the best choice to make reservation of rooms early enough, if you are travelling on a China tour with Selena Travel we will make sure you get the best China accommodation service from us during your China travel.If you are travelling independently, foreign travelers are advised to contact hotels through their receivers, travel agencies or friends or by faxes to make reservation of rooms and to confirm their special requirements on accommodation before they come to China. 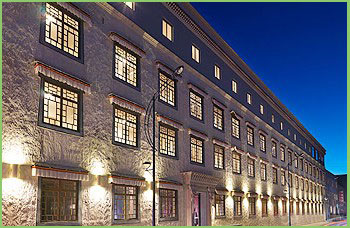 So far, major hotels in China have been brought in line with international standards in terms of facilities and services. In particular, most of the superior hotels are Sino-foreign joint ventures. Foreigners are engaged in directly managing some hotels. Meanwhile, the hotels have been graded comprehensively in accordance with the degree of luxuriousness of their auxiliary facilities and standards of services, with the five-star being the highest grade.
Hotels in China are classified into the first class (higher class), the second class (medium class) and the third class (lower class) in line with the number of stars for their grades. The five-star hotels and most of the four-star ones are in the first class. The guestrooms in the first class hotels are all equipped with bathrooms, refrigerators, gradevins, IDD telephone and TV, which is accessible to programs sent out by all TV stations in China and by CNN and BBC received through satellite antenna discs as well as offer closed-circuit TV programs. The temperature in the guestrooms is automatically adjustable by central air-conditioning facilities. Other auxiliary facilities include business centers, conference centers, beauty parlors, sauna bathrooms, foreign exchange counters, bowling centers, disco ballrooms, swimming pools, gymnasiums, restaurants, cafes, shopping centers and bars which open 24 hours a day.
The second class hotels are generally three-star hotels and part of the two-star ones, whose guestroom service facilities are slightly inferior to those of the first class hotels. Tourist groups normally wish to stay in second class hotels.The third class hotels look much like Motels in Western countries in terms of guestroom service facilities. The hardware facilities in such hotels are of course inferior to those of the second class ones. But they offer prices lower than those of the second class hotels by half or even more. So, many tourists wish to stay in such hotels.
Customers do not have to pay tips for staying in hotels in China. In China, taxi drivers, hotel attendants, guestroom cleaners, hotel porters and restaurant waiters are not allowed to accept tips. Where anyone seeks tips from customers, they may refuse or lodge complaints to competent authorities. 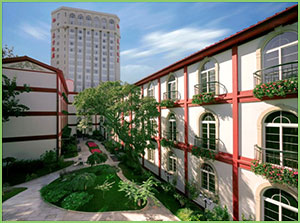 Beijing has numerous international and local brand hotels, ranging from deluxe 5-star to economy ones. In our tour, we will arrange economy plus or 3-star hotels, in order to save cost. Of course, we can definitely arrange 4-star, 5-star and deluxe hotels with the advantage of our grate buying power.