From: US$ 520
Book now Check availability
Travel to Beijing and visit its historical and cultural wonders with Selena Travel! Beijing is the historical, economical, political and cultural center of the People's Republic of China. "In the year 1272, Beijing became the Capital of a unified country for the first time in Mongolian Yuan Dynasty (1206-1368) on the orders of Mongolian Great Khaan Khubilai" was written in the Travels of Marco Polo. In fact, Beijing has been the Capital of Jin, Mongolian Yuan, Ming, Manchu Qing and Republic of China and today it still is the center of national politics, economics, culture, transportation and tourism. Beijing is closely connected with the Mongolian rich history as once it served as the capital city of Great Mongolian Empire in the 13-14th century when the Mongols ruled the world. The municipality is under direct administration of China's Central Government. 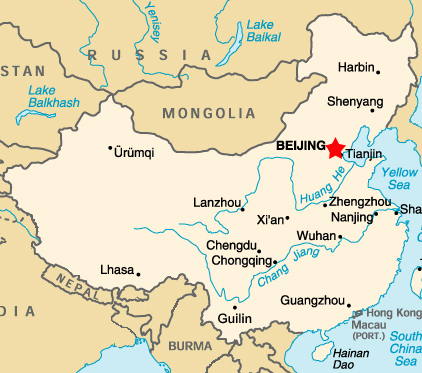 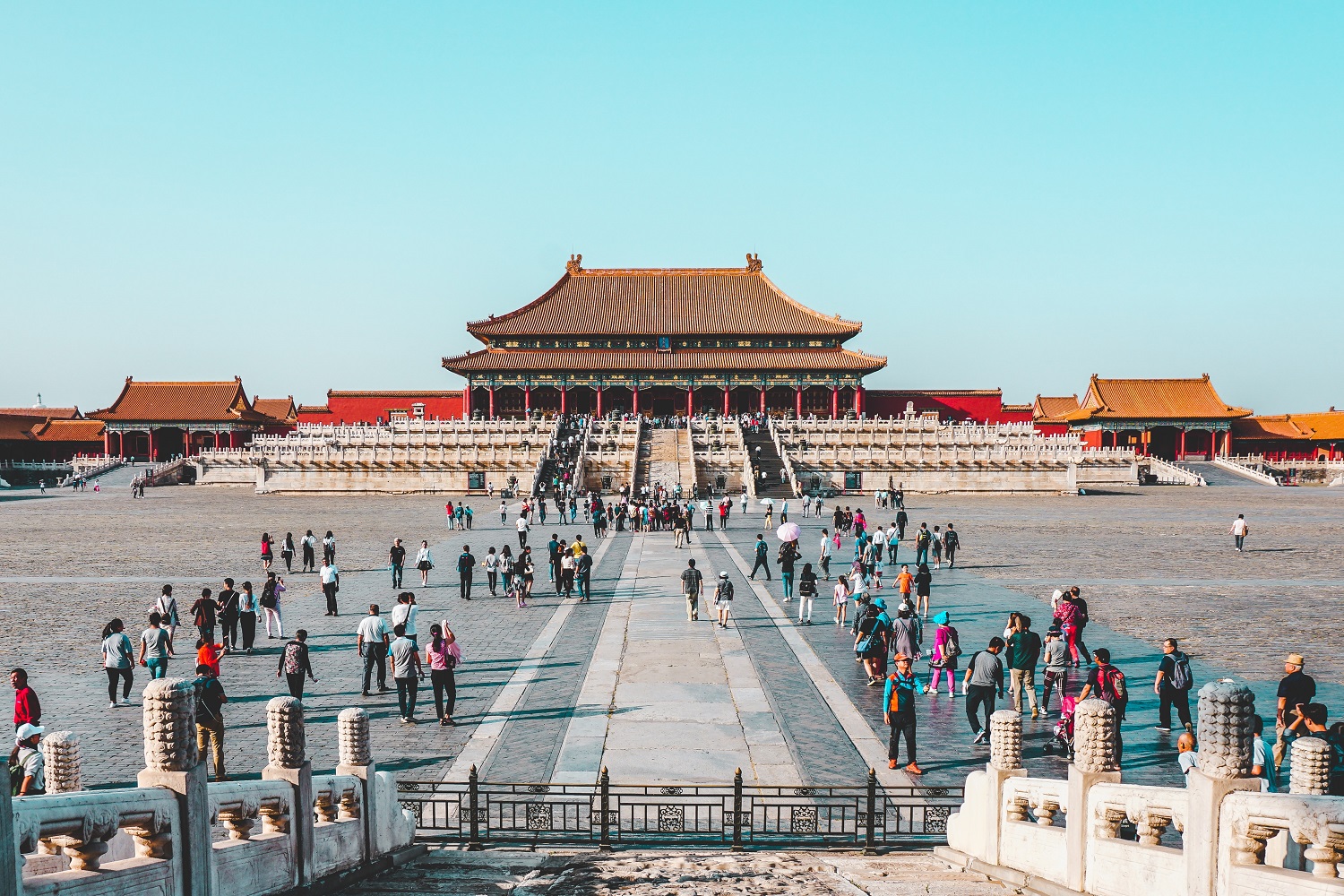 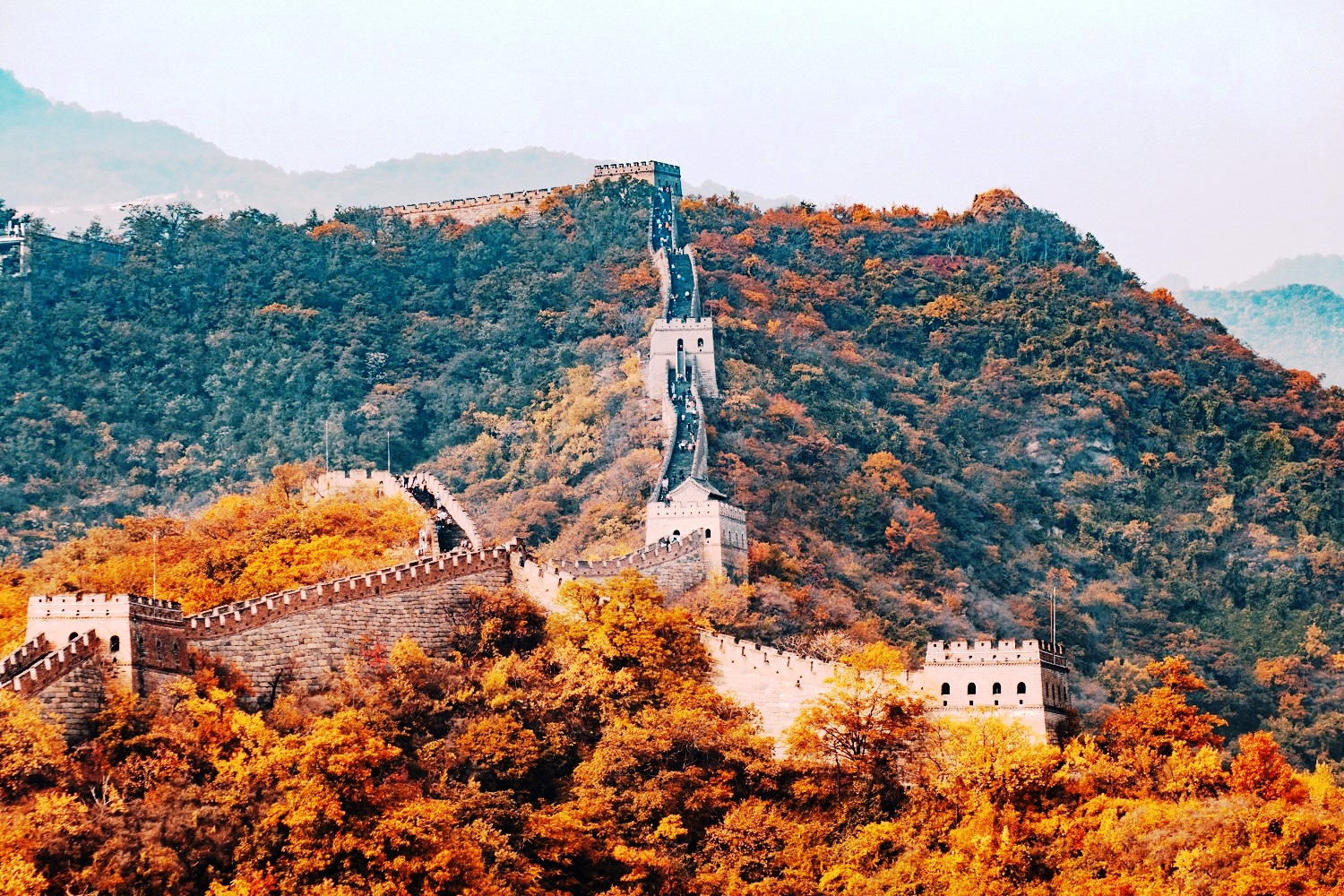 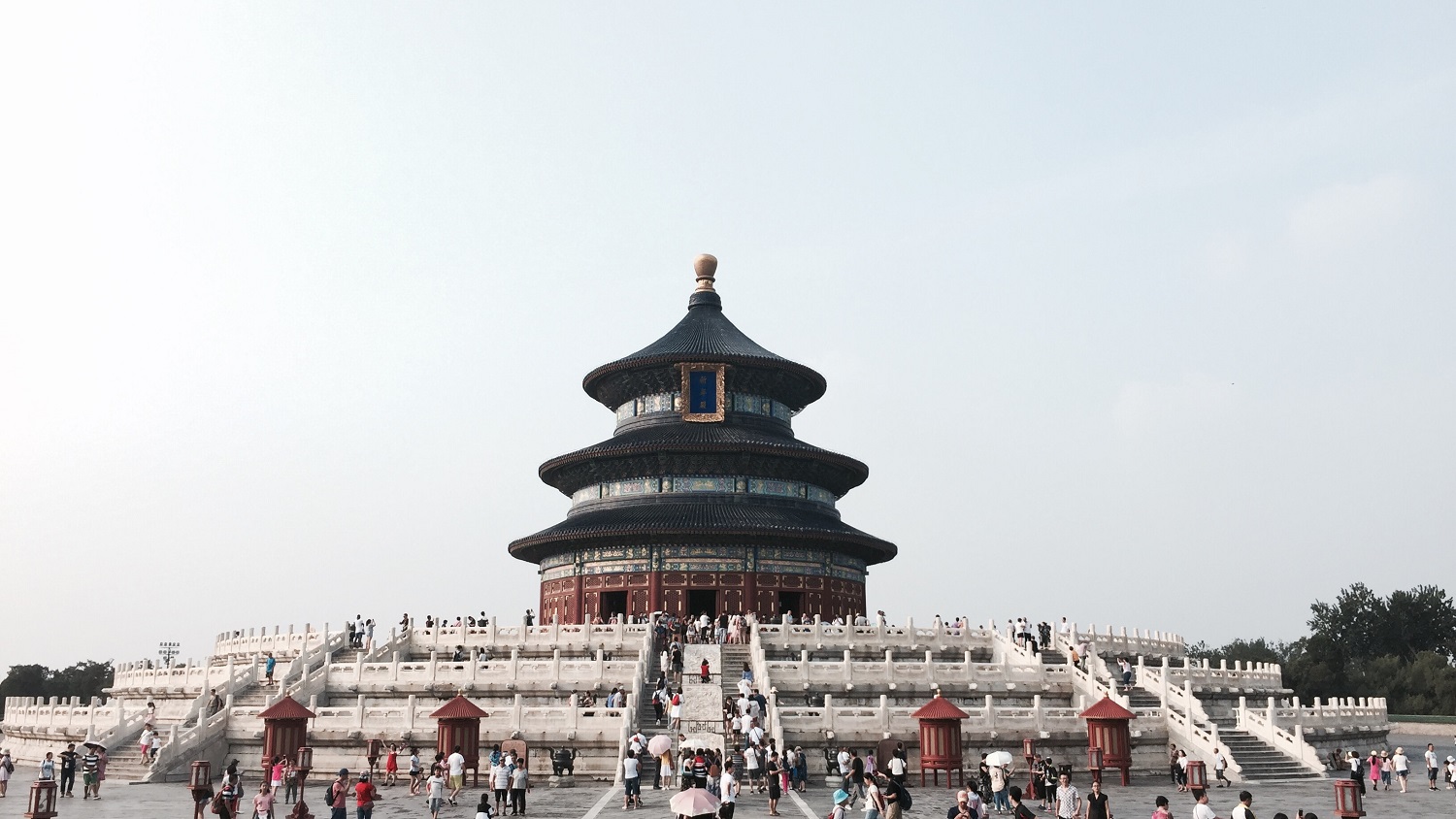 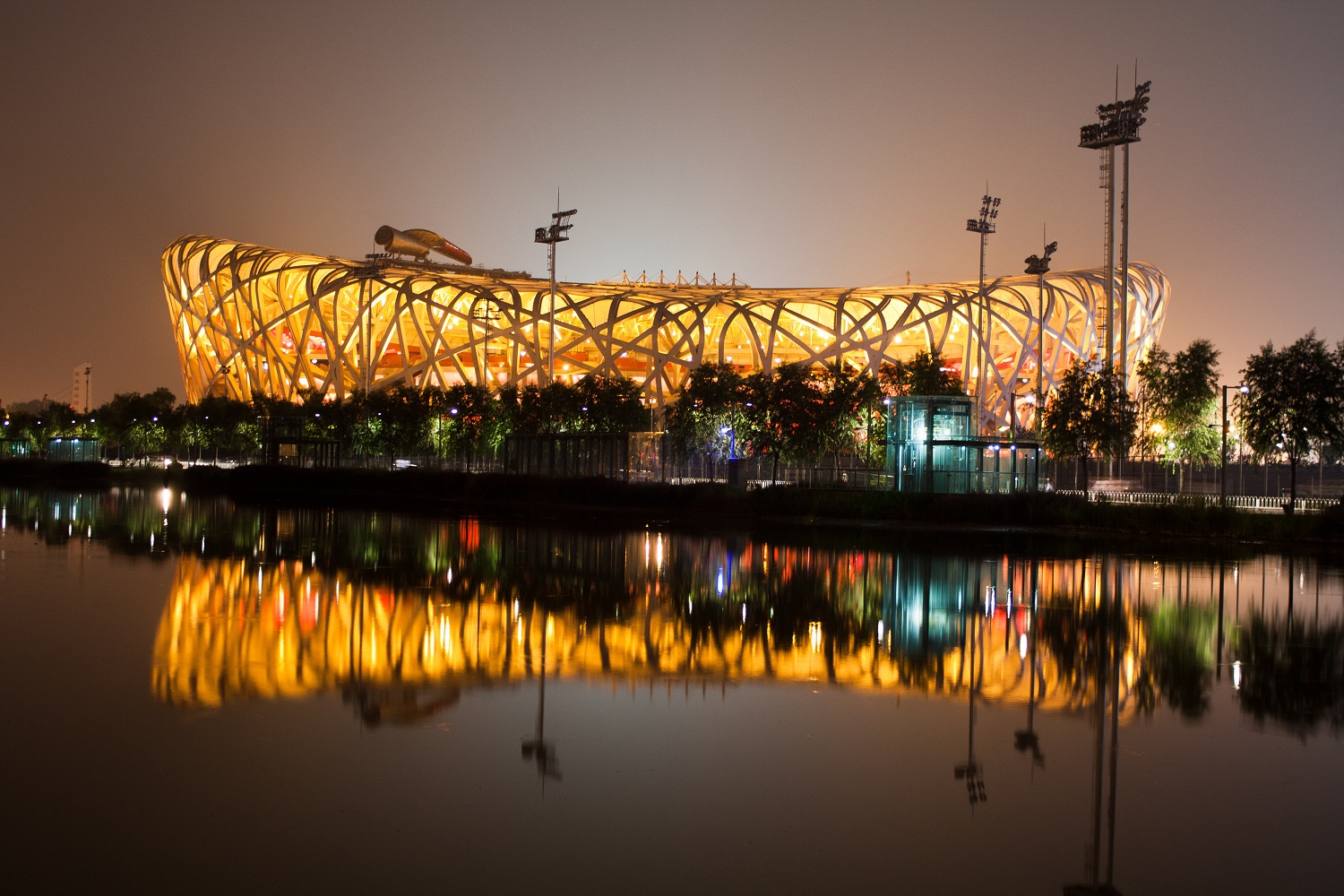 Upon arrival at Beijing railway station or airport, you will be met be private English-speaking at the baggage claim area or exit and transferred to hotel. Free for the remainder day. Good 3* hotel B+L

In the morning, visit Tiananmen Square that is the biggest square and also the most important in the world. It witnessed many historical events in Chinese history. In center of it lies the Memorial Hall of Mao Zedong and Heroes Monument. Then ahead to Forbidden City, the residence of Chinese emperors for more than 500 years. It’s the largest imperial palace and an UNESCO object. In the afternoon you will visit the Temple of Heaven, where emperors once prayed for good harvest. It’s also now a public park where local residents usually practice Chinese traditional morning exercises and spend their leisure time. Then free time at Silk Market. Good 3* hotel B+L

The highlight today is to conquer the Badaling Great Wall, a symbol of the Chinese ancient civilization and is the spirit of Chinese people: Hardworking, Brave and Clever. You will have a walk up to the Wall and enjoy the views there (cable car is available but optional). After that you will stopover at Bird Nest and Water Cube on the way to downtown. Then, visit largest and the best preserved royal park in China--- Summer Palace, which was a summer resort of Empress Dowager Cixi in Qing Dynasty. Good 3* hotel B+L

After the breakfast, you will be transferred to Beijing railway station or Beijing flight. Service ends. B

The Forbidden City, Beijing, China
The Forbidden City stands in the center of Beijing. It is protected by high walls and a moat on all four sides and consists of dozens of halls and courtyards. The emperors of two dynasties, the Ming and the Qing, lived here with their families and hundreds of court ladies and palace eunuchs. From their throne in the Forbidden City they governed the country by holding court sessions with their ministers, issuing imperial edicts and initiating military expeditions. It was the home of 24 emperors of the Ming and Ching dynasties. Naturally it was the scene of many important events affecting the course of Chinese history, including political struggles and palace coups, some of them extremely tragic. After the republican revolution of 1911, the last emperor of the Ching Dynasty, then still a child, abdicated the next year. But he and his family and their entire entourage were allowed to stay in the palaces.

The Great Wall of China
Lying to the north of Juyong Pass, the Great Wall at Badaling is about 60 kilometers from the city proper of Beijing. The Gate-tower of the Juyong Pass was firstly constructed in the 18th year of the Hongzhi reign period of the Ming Dynasty (1505), with two gates, one in the cast and the other in the west. Over the eastern gate is a horizontal tablet, inscribed with the characters meaning "Outer Juyong Town," and the horizontal tablet over the western gate also has four characters, meaning "A Strategic Pass in the North." The Ming tombsare located at the foot of the picturesque Tianshou Hills in Changping County, Beijing, the Ming Tombs are 44 kilometers from the city proper. Altogether 13 emperors of the Ming Dynasty were buried here. Of them, Changling Mausoleum is well known for its grand architecture and Dingling Mausoleum for its excavated underground palace.

Tiananmen Square, Beijing, China
Tiananmen Square is the largest square in the world, where the five-star m. flag is raised ., dawn, an,. lowered at sunset everyday. Standing at the Tiananmen Gatetower, you will have a nice view of the splendid and magnificent square. The square is flanked by the Museum of Chinese History and the Museum of the Chinese Revolution on the east, the Great Hall of the People on the west, Zhenyangmen and the Arrow Tower on the south, the Monument to the People's Heroes at the center, and the Chairman Mao Memorial Hall at the southern end. Tiananmen Square attracts numerous Chinese and foreign tourists everyday.

Beihai Park
Located in the center of Beijing, the Beihai Park is well known for its Jade Islet, Beihai Lake and White Dagoba. The 35.9-meter-high White Dagoba, which was firstly built in 165 L, sits on a Sumeru base built with bricks and stones. Many halls and pavilions stand among green pines and cypresses, in addition to a long corridor by the lake. The Beihai Park is an ideal place for going boating in summer and skating in winter. Immediately outside the southern gate is the Circular City, known as a small city in the city proper of Beijing. The Hall of Receiving Light is in the center of the Circular City, where visitors can see the 800-year-old pine trees planted in Kin (1115-1234).

Temple of Heaven, in Beijing, China
As the largest of the all existing temples in China, the Temple of Heaven was the place where the emperors of the Ming and Qing dynasties worshiped heaven and prayed for good harvests. The construction of the Temple of Heaven was completed in the 18th year of the Yongle reign period of the Ming Dynasty (1420). Its main structures include the Hall of Prayer for Good Harvests, the Imperial Vault of Heaven and the Circular Mound Altar. The Hall of Prayer for Good Harvests is a lofty, round structure supported by 28 wooden pillars, with a coneshaped deep blue-tile roof crowned with a gilded knob. The Imperial Vault of Heaven is surrounded by a circular wall, known as Echo Wall. If a person whispers close to the wall at any point, the voice can be heard distinctly at any other point along the wall.

The Beijing Zoo - The Beijing Zoo, the largest zoo in China, has the most valuable animals in the world, such as giant pandas and golden monkeys. It has more than 3,000 animals from all over the world, which fall into over 500 species, such as rhinoceroses, chimpanzees, gibbons, elephants, lions, polar bears, penguins, etc.

Beijing Hutong - Hutong is an ancient city alley peculiar to Beijing. Beijing has more than 4,550 Hutong. Those surrounding the Forbidden City and taking Prince Gong's Residence as the center are the best-preserved. The buildings in Beijing hutong are mainly compounds with houses around a courtyard, also known as quadrangles. Narrow passages between these quadrangles linked one with the other are hutong. The hutong in Beijing was mainly formed in the Yuan (1279-1368), Ming and Qing dynasties. Tourists may have a tour of the 700-yearold hutong in Beijing by tricycle.

Peking Opera
Peking opera of China is a national treasure with a history of 200 years. In the 55th year of the reign of Emperor Qianlong of the Qing Dynasty(1790) ,the four big Huiban opera Troupes entered the capital and combined with Kunqu opera, Yiyang opera, Hanju opera and Luantan in Beijing's thearetical circle of the time. Through a period of more than half a century of combination and integration of various kinds of opera there evolved the present Peking opera, the biggest kind of opera in China, whose richness of repertoire, great number of artists of performance and of audiences, and profound influence are incomparable in China. Peking opera is a synthesis of stylized action, singing, dialogue and mime, acrobatic fighting and dancing to represent a story or depict different characters and their feelings of gladness, anger, sorrow, happiness, surprise, fear and sadness. In Peking opera there are four main types of roles: sheng (male) dan (young female), jing( painted face,male), and chou (clown, male or female).