From: US$ 5,900
Book now Check availability
The Trans-Siberian, alternatively Trans – Mongolian train Adventure is unique and exciting, and is definitely a lifetime experience. It's a Trans Beijing – Ulaanbaatar – Moscow  tour  along with beautiful landscapes, small cities, nature and people in the Asian 3 countries China, Mongolia and Russia at "ONE TRAVEL - ALL INCLUSIVE" with 4* hotel where it is available.
Travelling Beijing, Mongolia, Siberia and Moscow, the journeys take you to the political and cultural centre of the People’s Republic of China, the Forbidden City, as well as the Great Wall etc. The trip continue in Mongolia after 1.5 day of train travel, you’ll visit to famous Terelj national park and the ancient capital at Karakorum, where you will visit the legendary 15th century Erdene Zuu monastery and the 6th century stone monuments from the Turkic state.  Your journey continues in Siberia including Ulan-Ude, Irkutsk and Yekaterinburg with highlights such as famous Ivolginsky Datsan, Decembrist museum, Taltsy Open Air Museum, Asian Blue Pearl Lake Baikal, Romanov Tsar site and Europe & Asia obelisk.  After 2 full days of Trans-Siberian train travel, you’ll arrive in Moscow which is a great, unique city which became the third Rome, fascinating both to Russians and foreigners. Moscow tour takes you St. Basil's Cathedral, the State Historical Museum and the Red Square and the Kremlin. There are also endless opportunities for photography. 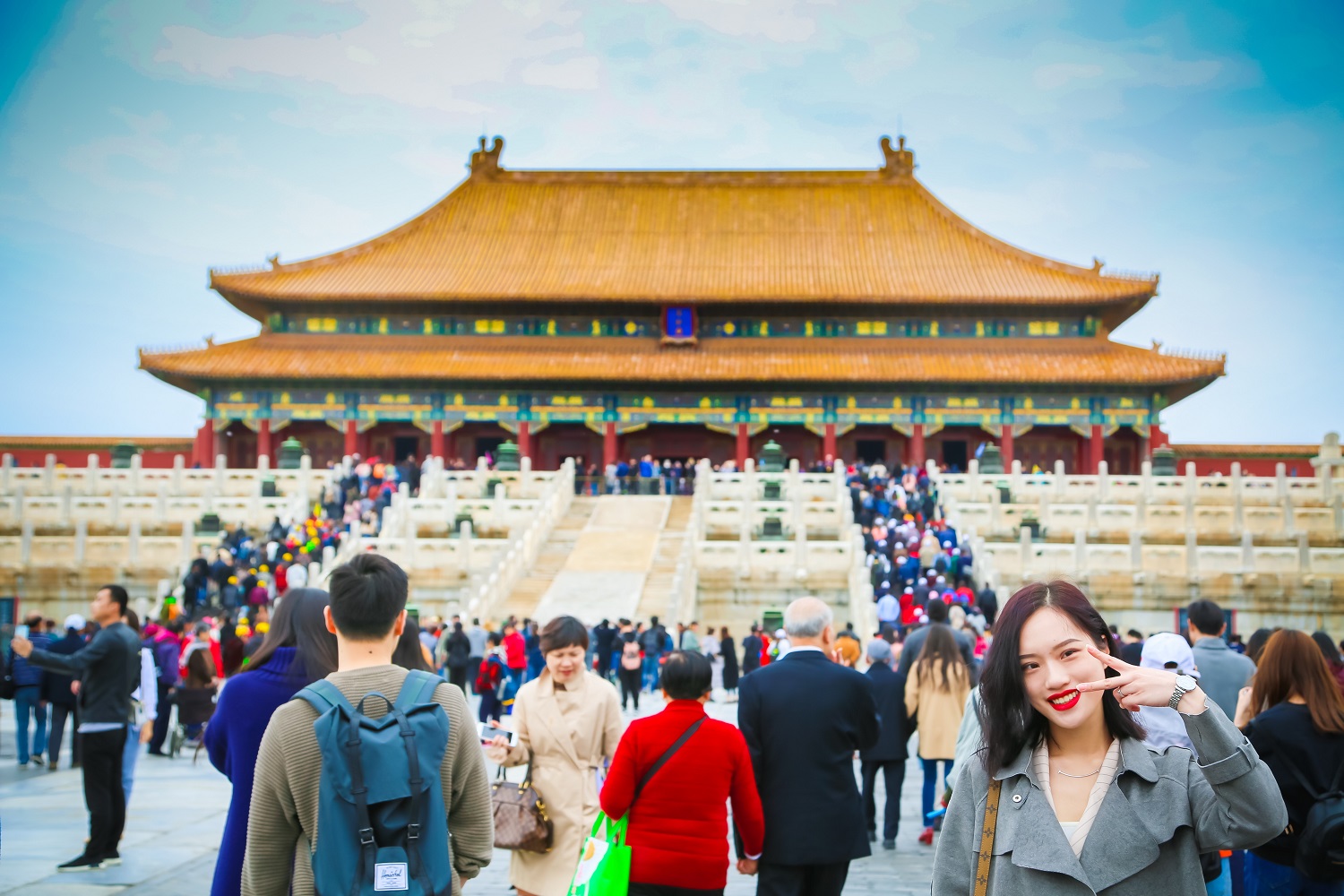 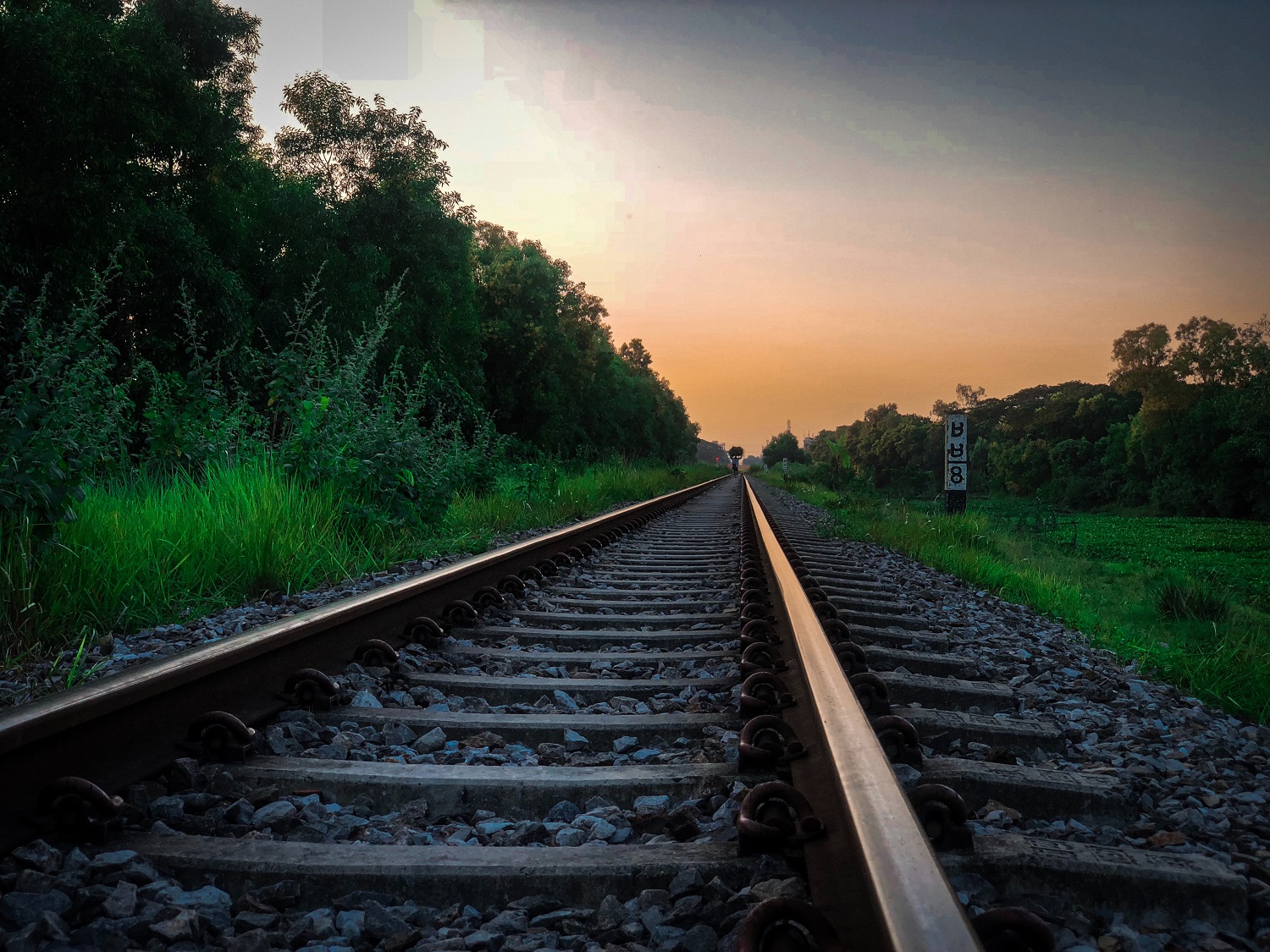 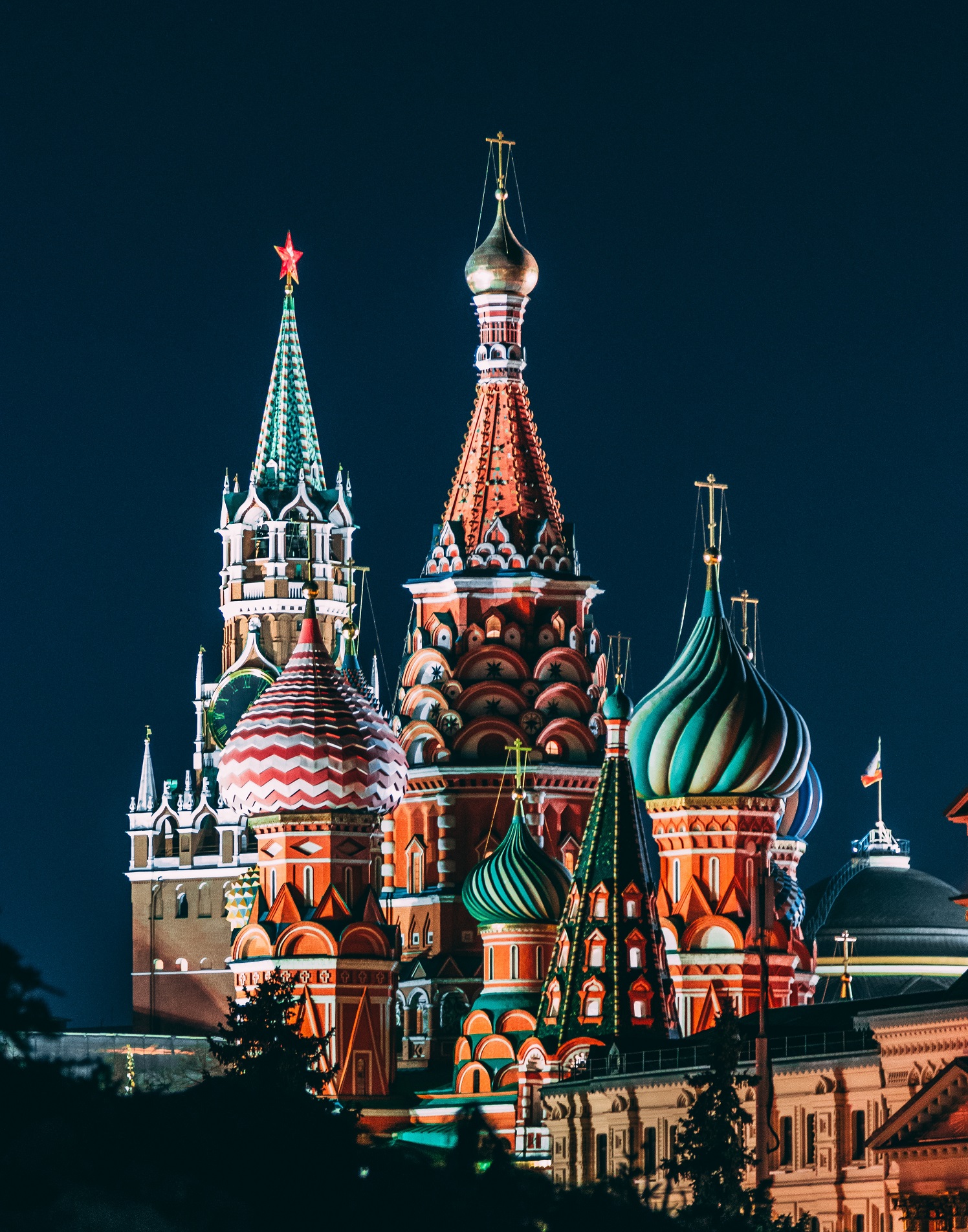 Arrival in the early morning and upon arrival at Beijing airport, you will be met be private English-speaking at the baggage claim area or exit and transferred to hotel. City tour:  visit Tiananmen Square,  Forbidden City, and Temple of Heaven. Hotel 4* overnight L

The highlight today is to conquer the Badaling Great Wall, a symbol of the Chinese ancient civilization and is the spirit of Chinese people: Hardworking, Brave and Clever. You will have a walk up to the Wall and enjoy the views there (cable car is available but optional). Stopover at Jade Factory for a few minutes. After that you will stopover at Bird Nest and Water Cube on the way to downtown. Then, visit largest and the best preserved royal park in China--- Summer Palace, which was a summer resort of Empress Dowager Cixi in Qing Dynasty. After that, there is a stopover at the Pearl Souvenir Factory for a few minutes.  Hotel 4* overnight B+L

In the morning, you'll be transferred to the train station and catch train to Mongolia.  Overnight train, B

You'll cross the estern part of the famous Mongolian Gobi desert and arrive in Ulaanbaatar in the afternoon, you'll be picked up from train station and welcome lunch at Mongolian restuarant. And then, we head for Terelj national park, visit to big Turtle rock and meditation temple. Horse riding for 1 hr. Ger camp overnight L+D

Today, we head to Hustai national park and on the way, we visit the giant Genghis monument. Then transfer to Hustai National Park, where the Takhi wild horses graze peacefully with other wild animals. Hiking around and enjoying the beautiful serene nature. Visit a local nomad family, experience their lifestyle and tradition. Ger camp overnight B+L+D

Drive to Karakorum; visit the historic sites such as the legendary Erdene-Zuu monastery and its surroundings like ruins of Tumen Amgalant Palace, Museum of Karakorum, King’s Monument and the Phallic Rock. Ger camp overnight B+L+D

WE drive back to Ulaanbaatar via Elsen tasarkhai through the green grassland, arrive at the stunning sand dunes, streams and rocky mountains, enjoy camel riding for 1 hr. In the early evening, we'll arrive in Ulaanbaatar, transfer to the hotel and rest. Hotel 4* overnight B+L

Arrive to Ulan-Ude on Train 361 at 21-40 local time. Transfer to your hotel for overnight. Best available hotel

Breakfast. City-tour of Ulan-Ude with its merchants' houses of the XVII-XIX centuries, churches and the largest Lenin's head monument in the world. Guided tour to Ivolginskiy Datsan. Lunch (your own arrangements). In the afternoon, visit to the village of Semeyskies’ family of the Old Believers. Excursion around the village to see the old church, authentic Russian wooden izba (huts) with painted window shutters, etc. Dinner in a host family. Folk program with traditional Russian songs and dances (~5 hrs). Return to Ulan-Ude for overnight. Best available hotel, B+D

Breakfast. Transfer to the railway station to board a train to Irkutsk. Spend 8 hrs in a Trans-Siberian train running along the lake shoreline. One may enjoy the views of the lake right from sleeping car’s windows. Guide will meet you at Irkutsk railway station. Transfer to a hotel in Irkutsk for check-in. Time to rest. Overnight. Hotel 4* overnight B- Train 069. Daily. Departs Ulan-Ude at 9:48 am local time and arrives Irkutsk at 17:53 local time after 8 hrs  05 mins

Take a city tour around all of Irkutsk major historical sites including Znamenskiy Orthodox Cathedral, the Monument to the Pioneers of Siberia topped with the bronze statue of Russian Emperor Alexander III, Angara ice-breaker . We take a private transfer to the village of Listvyanka by the Lake Baikal with visits to the Wooden Architecture Museum. Local lodge  B+L

Visit the functioning Russian Orthodox church of St. Nicholas-the-Miracle-Worker (the XIX-th century) and shop at the local fish and souvenir markets. Proceed with a guided excursion to Baikal Museum with the diverse collection of Baikal flora and fauna. You will also see here aquaria with some of Baikal endemic species including Baikal nerpa, the only fresh water seal in the world. Lunch in a local fish restaurant. Return transfer to Irkutsk. Depart Irkutsk by Trans-Siberian train. Overnight train B+L−         Train 069. Daily. Departs Irkutsk at 18:28 local time and arrives Yekaterinburg at 22:07 after 54 hrs 39 mins

You will spend over 2 full days on board of a train running along the famous Trans-Siberian Railway on the way to Yekaterinburg.

Train 069 arrives Yekaterinburg at 22:07 local time. Transfer to your hotel for check-in and overnight.

Breakfast. City tour around Yekaterinburg: old central streets and squares with statues of Ekaterinburg’s founders and communist leaders, Church of Spilled Blood at the Romanovs’ Death Site and the Chapel of St. Elizabeth etc. Lunch in a restaurant. Excursion out of the city (15 km) to the Monastery dedicated to the Romanov’s Tsar family, visit to "One foot in Europe, another one in Asia" landmark, "The Memorial of Victims of GULAG", reach the Main Obelisk "Between Europe & Asia". Get a special certificate and glass of sparkling wine to commemorate your visit to the place where West meets East. Return to your hotel. Hotel 4* overnight B+L

City tour: St. Basil's Cathedral, the State Historical Museum, the Cathedral of the Christ the Savior, Moscow State University,  the Sparrow Hills. Lunch in one of the city restaurants featuring Russian cuisine. Today’s excursion program also takes you for a hiking tour to the heart of the city, the Kremlin grounds. In the Kremlin visit one of the Cathedrals for an introduction to the Tsars who ruled from Moscow. Hotel 4* overnight B+L

Single supplement in the train is available but not included above fee, please consult with manager.

Not Included in the Price
Book now Customize this tour

China highlights: Beijing - the Great Wall - one of the eight ancient wonders of the world and the only man-made construction on earth that the astronauts can see in the moon. Starting out in the east on the banks of Yalu River in Liaoning Province, the Wall stretches westwards for 12,700 kilometres to Jiayuguan in the Gobi Desert, The Forbidden City of the Qing Dynasty of Manchu, The Ming Tombs, the Temple of Heaven, Tiananmen Square, which is probably the biggest one of its kind in the world. With a total area of 440,000 square meters, the Tiananmen Square found in the centre of Beijing boasts the largest of its kind. Over a hundred years, many ceremonies and demonstrations have been held.etc. -3* hotel, private vehicle with AC, English speaking tour guide and full board meals, transfers, included sightseeing tickets, PEK-ULN 2nd class train tickets.

In Russia: Lake Baikal -the Dark Pearl of Asia, Siberia the harsh, The Ural Mountains-the border of Asia and Europe, The Red Square and the Kremlin of the Communists, Babushkas selling snacks etc. 3 days of tour in Siberia will cover beautiful Lake baikal and sightseeing around there including Talsty open-air museum, walking tour Listvyanka, Nerpinarium, Baikal museum and Chersky viewpoint. After that 3 full days of Trans Siberian train journey, you'll arrive in Moscow and take 2 days of Panoramic city tour, Novodevichy monastery tour, Kremlin tour, Metro tour and Old arbat street tour. -3* hotel in Moscow and Irkutsk, guesthouse at the lake Baikal, private vehicle with AC, English speaking tour guide, included sightseeing tickets, half board meals, transfers, ITK-MOW train tickets etc.
What is the Trans-Siberian Railroad? The main route, the Trans-Siberian, runs from Moscow to Vladivostok via southern Siberia and was built between 1891 and 1916. It is often associated with the main Russian train that connects these two cities. The second primary route is the Trans-Mongolian, which coincides with the Trans-Siberian as far as Ulan Ude on Lake Baikal's eastern shore. The Trans-Mongolian provides the most exciting travel adventures connecting 3 wonderful countries Mongolia, China and Russia. From Ulan-Ude, Siberia the Trans-Mongolian heads south to Ulaanbaatar, Mongolia before making its way southeast to Beijing, China.
The Trans-Mongolian line follows the same route as the Trans-Siberian between Moscow and Ulan Ude, and then follows this route to Mongolia and China:
The railway features many remarkable bridges, the longest being Khabarovsk Bridge (1916).
Branch off from the Trans-Siberian line (5655 km from Moscow)
- Naushki (5895 km, MT+5), Russian border town
- Russia-Mongolia border (5900 km, MT+5)

The city of Karakorum: In 1220 great Chinggis Khaan declared it as the capital city of his vast Empire. Today there are many interesting sites left to visit; the legendary turtle rock sculptures, Buddhist stupas and the ruins of this once great city to name a few. Erdenezuu - the 1st Buddhist monastery in Mongolia was established in 1586. Today Erdenezuu monastery still shows its glory with collections of many priceless religious objects and incredibly beautiful Mongolian arts. It has a massive square wall, 420 meters in length each side, 108 Stupas & 17 temples.

Hustai National Park is the place where the wild Takhi- Przewalski horses have lived peacefully since 1993 when they were reintroduced to their native land Mongolia. Here we are able to see and photograph these beautiful wild horses at pasture and Red Deer, Wolf, Asian Marmot, various species of waterfawls and prey birds etc., as well.
Book now Customize this tour
Book now Customize this tour