15 Things You Probably Didn’t Know About the Dukha People

Capturing many peoples’ imaginations, the Dukha, Tsaatan or reindeer people, live in the beautiful area North of Lake Khuvsgul in Mongolia. They are an enigmatic group; being relatively unknown because of the remoteness of the lives they live in the boreal forest. Read on to learn 15 facts about this group of people living as they have for centuries.

1. They are reindeer herders and live their lives alongside their animals. Reindeer are tough creatures, well adapted for surviving the harsh winters. While the herds the Dukha have aren’t huge, they have about 1,000 reindeer between them. 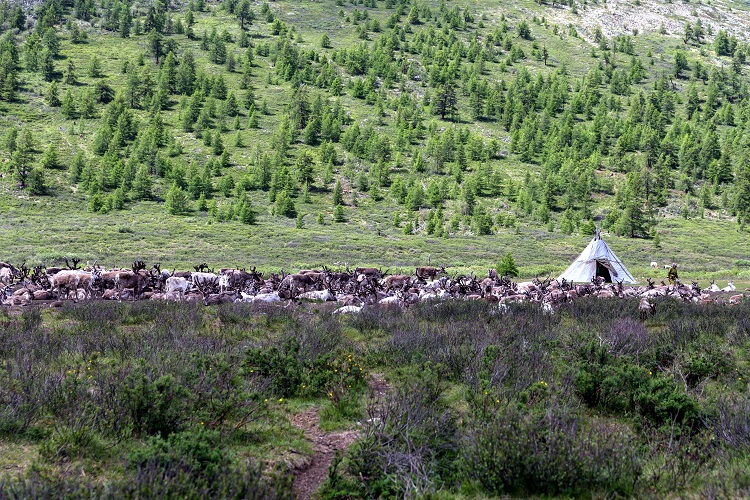 2. In Mongolian they are called “Tsaatan”, which means “those who have reindeer.” Reindeer, despite being well adapted to the cold, aren’t one of the five animals traditionally raised by Mongolians (yak, cow, sheep, goats and camels).

3. The Dukha speak a Turkic language. It’s different from Mongolian, though it does borrow some roots from Mongolian, Tibetan and Russian. Their language is descended from the Tuvan language, which has a diaspora in China and Mongolia. There are around 500 speakers of the Dukhan language. 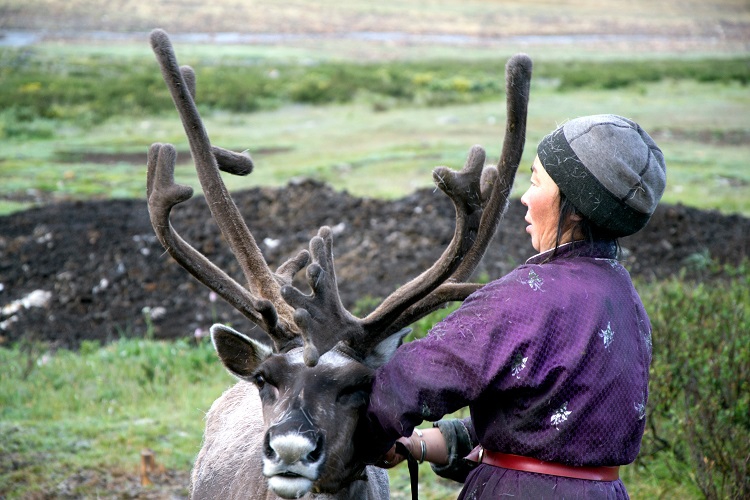 4. By 1998, researchers estimated there were only 40 different families of Dukha people living in the area. They have been shrinking due to both difficulties with reindeer and temptations of modern life.

5. The Dukha originally lived in Tuva, a republic in Southern Siberia. It’s the geographic center of Asia, next to Buryatia (another Mongolian republic in Russia). It used to be an independent country from 1921 to 1944. The region has many forests, rivers and rolling hills.

6. The Dukha moved to Mongolia for many reasons. It was during World War II, and the Russians had a lot of requirements that they didn’t like. They were worried about losing their animals to collectivization and that their animals would be taken for the war effort. They also had good trade relations with the Mongolians, and wanted to escape the food shortages in Russia at the time. 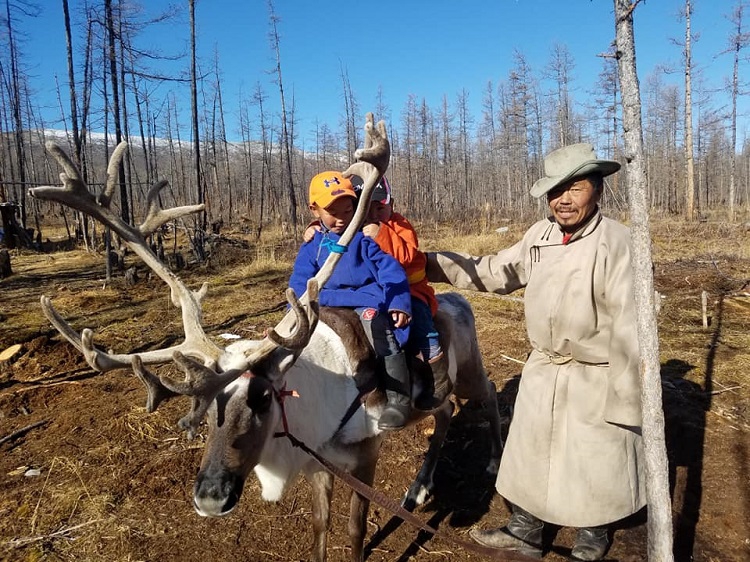 7. The Dukha community is centered around the reindeer. They say that if the reindeer disappear, they will disappear, and vice versa. They use the reindeer for everything and have good connections with each animal.

8. They rarely kill their reindeer, only when they absolutely have to. They survive off them by making yogurt and cheese with their milk. They also make milk tea with the reindeer milk, which is a mostly milk based concoction perfect for keeping you warm in freezing evenings. 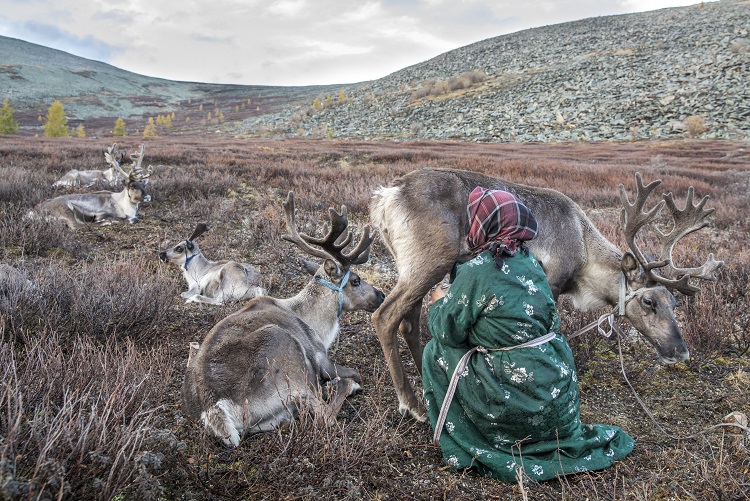 9. Male reindeer are ridden. We usually think of reindeer as too small to ride, but they are capable of carrying Dukha people through the boreal forests in Khuvsgul province. They are well suited for it, and only rarely used as pack animals. 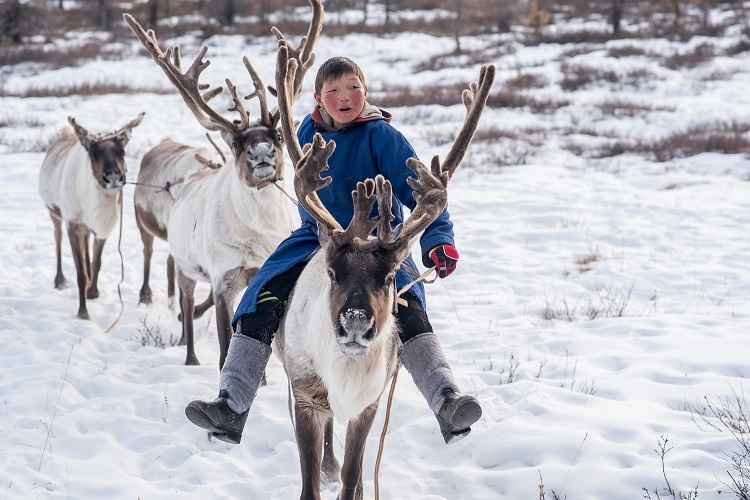 10. The Dukha supply reindeer horns for traditional Chinese medicine. They carefully remove the antlers and trade for supplies. The antlers help the reindeer regulate their body heat, so the Dukha have to be careful to harvest only from healthy animals. After they harvest, they watch the animal carefully to ensure that they are staying healthy.

11. Dukha are nomads and move around with the seasons. In the winter, they stay deep in the forest and avoid the frigid winds. They move frequently during that time to avoid wolves and get to fresh moss. In the spring, many of the females are pregnant, so they have to move more slowly.

12. The Dukha live in yurts shaped like Native American tipis. The shelters are tall with a door and a hole at the top. They make use of the many trees in the forest to build their shelters, and traditionally sleep on reindeer pelts on the floor. The yurts are made with birch bark on the outside, and it can take the bark of 23 to 25 trees to cover the whole thing. 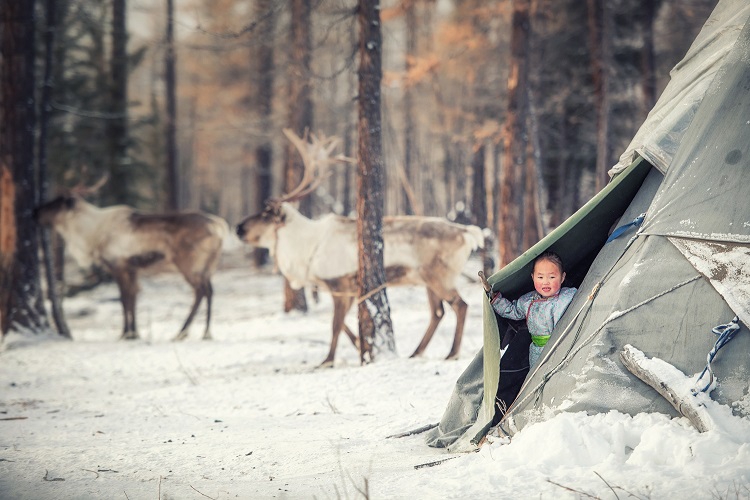 13. They are shamanists and practice some of the oldest forms of shamanism. Their shamans, or boo, live with them and help guide their lives to make sure they are living in accord with the spirits.

14. Dukha use every part of the reindeer except for the bile. Most interestingly, they make shoes out of the skin from the reindeer’s shins. This skin is waterproof enough to survive the winter snows and keep Dukha feet toasty. 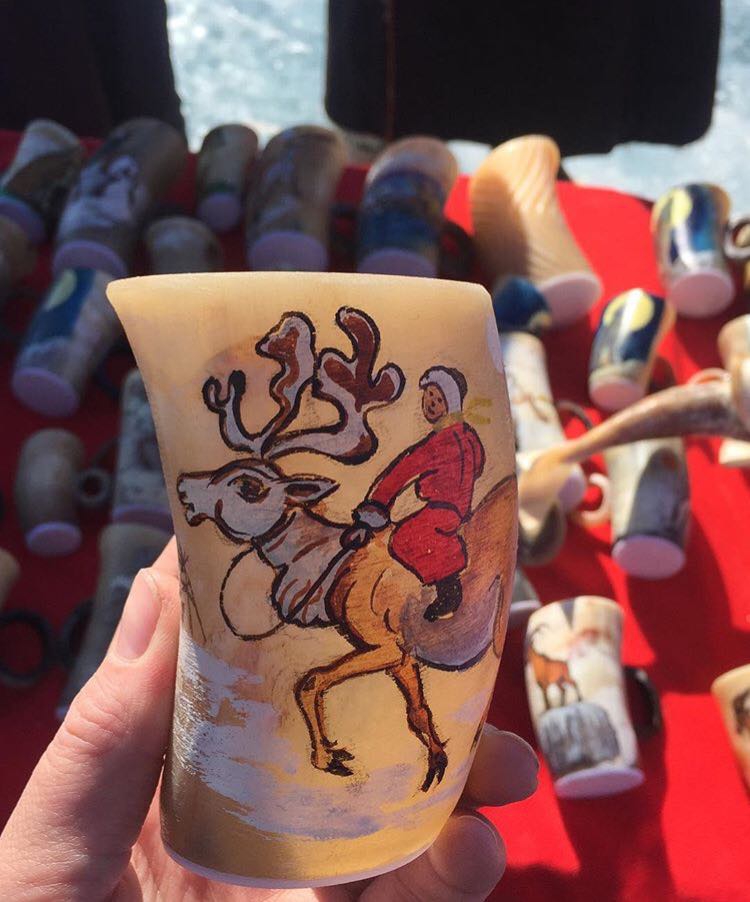 15. Since they live in such remote areas, it’s difficult for the Dukha to get veterinary care for their reindeer. Their herds have suffered from the lack of care, and have shrunk from earlier eras. Climate change also makes it harder for the reindeer to survive, as they thrive in the cold and wither in the heat. 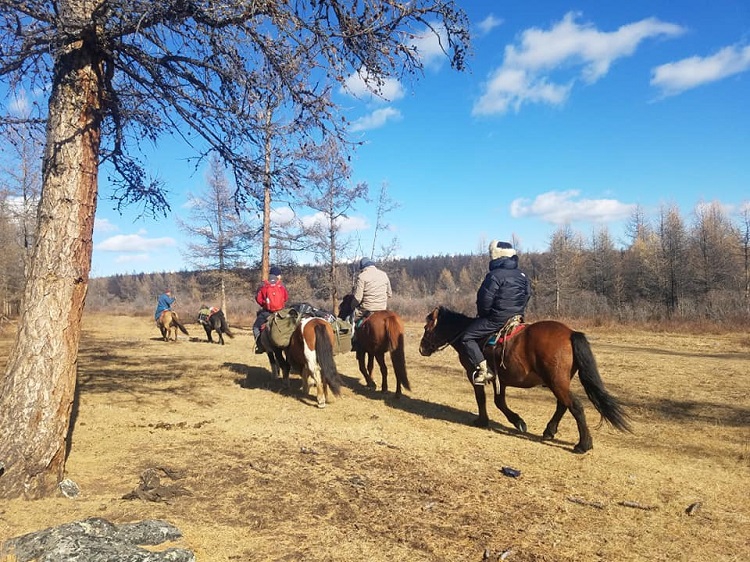 If you decide to visit Mongolia, you should definitely prioritize seeing these fascinating people if you love animals and don’t mind a rough trip.

The most suitable months to do this type of tour (Reindeer tribe tour) is from Mid-June to late August. The Reason is that the domestic flights are seasonal in Mongolia, and only operates in summer.

However, we can arrange this tour  from November to March, during which the Reindeer people are accessible via car. Due to weather and road condition, you need at least 13 full days (including arrival & departure) to see the Dukha people and the Reindeer by car. If you would arrange a private or customized tour just contact Selena Travel Team!