When walking through the streets of UB if you’re lucky, you can see someone throw a spoonful of milk into the sky as an offering. This ancient practice is a way to give an offering to the gods in Mongolian shamanic practice. People practiced shamanic religions centuries before Mongolia became a Buddhist country, and they had a deep effect on the lives of the people living in this country.

Today, traditional Shamanism is not as popular as it once was among Mongolian nomads, but it’s definitely bouncing back from where it was. Shamanism or Tengrism isn’t a formal religion – each individual practices differently, but there are some agreed on beliefs – that the gods live in the sky and they can be channeled by a shaman. These powerful individuals can use their connections to the gods to help heal the sick. Historically, shamans were credited with controlling the weather. These shamans were able to give Genghis Khan an advantage in battle that he used very effectively. Today, Mongolian shamans learn from one another, though usually they work with a mentor shaman for a while until they can take on new clients. 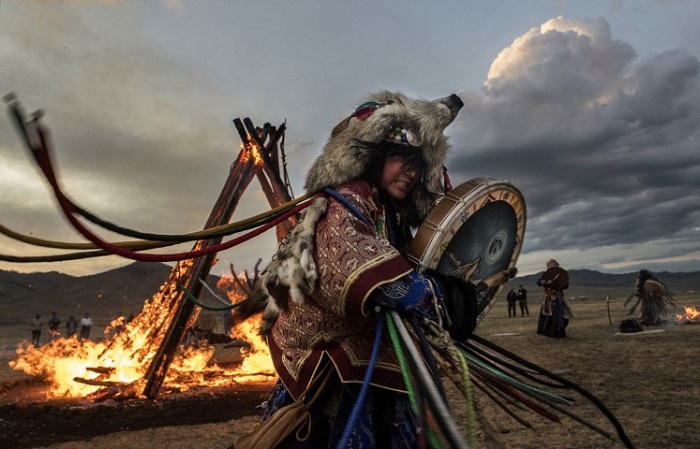 There are 99 tengri, or sky spirits, and 33 gods, led by Qormusta Tengri, or the “King of the Gods” according Tengriism. He is the god of the sky, and uses the crow and fox as his agents. There are similar gods to Qormusta in Iranian folk religions and Indian religions. The rest of the pantheon of Mongolian gods are roughly divided into two camps – yellow or white gods and black ones. Some of the gods are called yellow because they are worshipped in Buddhism, which in Mongolia is associated with the color yellow, as well. The light-colored gods are benevolent gods, most often called on to heal the sick. Many shamans communicate with these gods – they are supposed to be pretty easy to work with and are not as unpredictable as other gods can be.

The dark gods are apparently wilder and more dangerous – they can possess an inexperienced or weak shaman. Shamans may call on these gods to change the weather or inflict revenge on someone. They are associated with more traditional and uniquely Mongolian gods. These designations have changed over time, though. In Buryatia, the area where Mongolians live in Russia, they celebrate the black gods more frequently because of their stronger connection to Mongolian culture. Shamanic beliefs are not very uniform, and a tengri one person works with can be very difficult for another shaman to work with. Shamans usually form close relationships with the gods they work with.

Shamans communicate with the spirits and gods using various methods, but most commonly through the drum. Other tools can be used, though they all usually make noise. Often shamans make offerings to the gods they want to work with – these offerings can be milk or alcohol or any number of things. These can call the gods to the shaman who will then communicate with them, using personal rituals. Many shamans wear protective clothing covered in mirrors to protect them from any bad spirits while they are communicating. The mirrors are meant to confuse any gods the shaman is not trying to connect with. Many of their tools are passed down from one shaman to another, or from mystical sources. One group requires that shamanic drums are made from the wood of a tree struck by lightning. 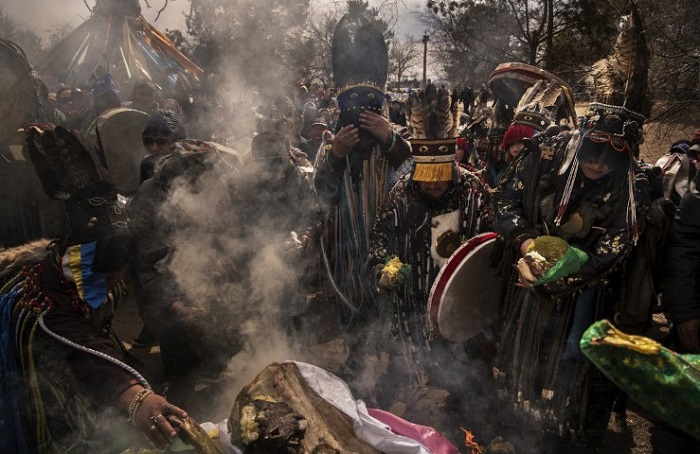 Shamans actually practiced Tengriism, which is also known in the West as Genghis Khan's religion, for centuries before Genghis Khan's era.  When Buddhism was introduced again from China in the 13th and 14th centuries, it incorporated many shamanic rituals and practices. However, Mongolian leaders supported Buddhism more, and shamanism lost popularity. Some shamans were even killed to discourage interest in their practice, and over time the government continued to support Buddhism.

During Communism, Buddhism was tolerated after many monks were killed, but shamanism was driven deep underground. It is only now starting to emerge from the shadows. There is still little formal recognition for the practice; for example, there is no shaman museum in Ulaanbaatar. However, people informally support shamans they know in their community. Mongolians also lost many ancient and unique cultural practices during the Communist era. By reviving shamanism also known as tengriism, they can reconnect with their past culture.

Regardless of whether you believe what the shamans do, their practices and belief helped shape the values of this beautiful country and add a richness to the cultural life. While it’s hard to find public practice of shamanism, if you see a dollop of milk on the ground, or hear drumming that could wake the dead, just know these are centuries old traditions.

When you are visiting Mongolia on any Selena Travel tour, you can arrange to visit a shaman by simply speaking with your travel consultant.