Write Like A Khan with Old Mongolian Language Script

Chinggis Khan did a lot for Mongolian nomads and the world. He administered an empire, enforced security so merchants could safely trade, and created military tactics that would inspire leaders for centuries afterwards.

However, there’s one accomplishment that may surprise you – he brought writing to Mongolia.

Before Chinggis Khan united the Mongols, there was no written version of their language. The language had developed from the Altaic language family. Similar to Turkish, Mongolian language grammar places the verb at the end of the sentence. This and several other features make the language very unique. However, Chinggis Khan recognized that he couldn’t run an empire on the spoken word alone.

So, Chinggis Khan did what he did to solve a lot of his problems – he used what he had. As he and his army conquered region after region, he would move people from one part of the empire to the other. He may take an expert on gunpowder to teach more people at his capital. Or, he may bring someone who could build siege machines with him as he conquered around. Eventually he found scribes who would figure out how to write the sounds of Mongolian down and codified the new script. Eventually, the script was used to write The Secret History of the Mongols.

The writing method the ancient Mongols adopted was a modified Uighur script. The Uighurs are a group of Turkic speakers living in Central Asia. They had a huge empire but had since moved to Gansu, in arid Northwestern China. They got their script from a group of Iranians, who got their writing from the Syriacs, based all the way in Mesopotamia. The Mongolians repurposed the script though. They literally flipped it vertically and made it read left to right. This is almost like if Latin letters were a form of modified Cyrillic letters that were turned sideways and read right to left.

The script is different from writing in English in a lot of ways. The script reads from left to right, top to bottom. The spelling of the words in the Old Mongolian Script is different from the way that words are currently spelled using the Cyrillic letters too. Much like English was originally written with a goose quill, Old Mongolian Script originally used a reed. Later writers then adapted to using a brush. 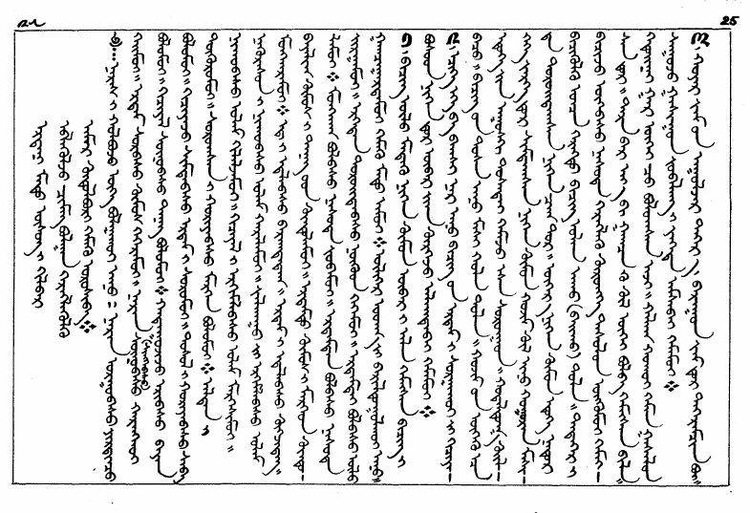 The script preserves many ancient pronunciations, and has given linguists a look into the way the Mongolian language has changed over time. For example, the word “khan”, meaning king, was originally pronounced “ka-han” with two syllables.

However, there are some similarities with English writing. The Old Mongolia Script is a script, like cursive from elementary school. The words remain connected, and there are different forms whether they are at the beginning or end of a word (much like capital letters). It has a set of unique punctuation marks. There are also only five vowel sounds in the script, though there are seven vowel sounds in Mongolian language. This is similar to English, as we have many diphthongs. Each one would require a new letter to accurately show the individual sound.

Today, the old Mongolian script is used mostly in Inner Mongolia. It’s the region in Northern China on the Southern edge of the Gobi Desert. Shops names are written in the Old Mongolian Script, and most Mongolians use it in daily life. 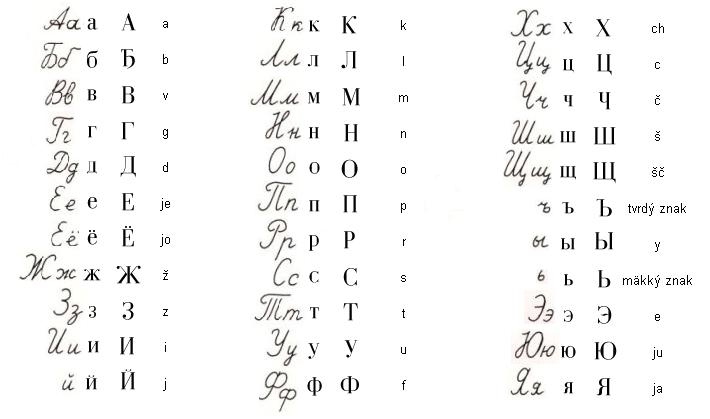 The Old Mongolian Script, with its beautiful letters and strong connection to Mongolian culture, is being reintroduced. Local schools have begun teaching this traditional writing system to children again. Many students now learn at least the basics, though the spelling can be a challenge. More publishers are introducing books with at least a few of the old characters on them. However, there is still a great learning curve. It has been generations since Mongolian people have used the Old Script in their every day life. 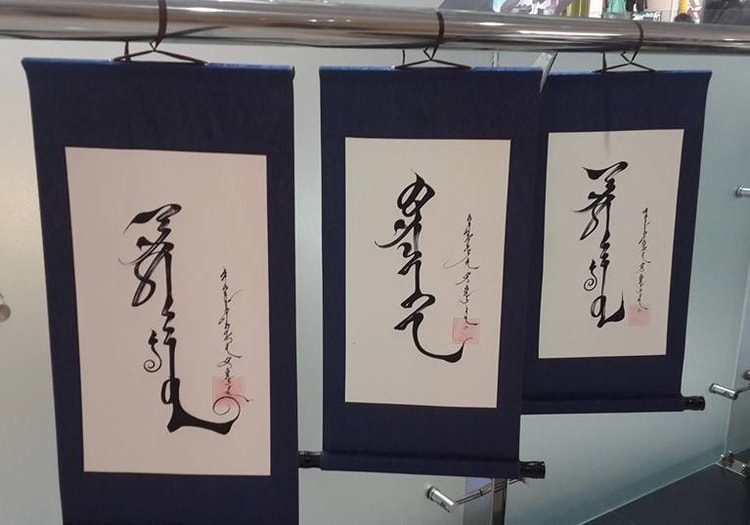 There are a handful of websites online you may learn to write the Mongolian script. Be forewarned though, it can be challenging, even for native speakers. Let’s hope Mongolia can breathe more life back into this ancient, beautiful script. Hopefully, they can figure out how to make it work with web pages.