Surviving two destructions and centuries of rejection, Erdene Zuu is one of the oldest Buddhist temples in Mongolia, probably in East Asia. The building of the temple was ordered by the Abtai Sain Khan- grandfather of Zanabazar the Great when the Tibetan Buddhism was declared as the main religion of Mongolia in 1586. 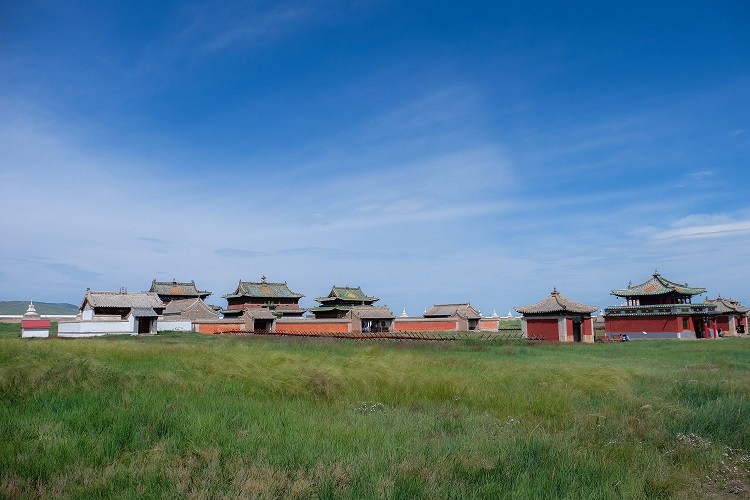 For Mongolians, who employed nomadic lifestyle, this kind of building or generally anything that stays in one place was not that common. So, the temple has naturally become the religious center, thus the heart of the Mongolia. The geographical situation was carefully thought out too, it’s built in Kharkhorin- near the old city of Karakorum.

The building of the oldest temple in Mongolia

The remains of the city’s buildings were used to build the temple, with attempted 108 “suvarga”- or stupas surrounding it as a wall with 27 in each side and special two on each corner. For religious Mongolians, building stupa is considered as a great good deed, so the number of stupas was more than 108 during its peak time. However, the stupas have not survived years of neglecting, and now the temple had around 60 stupas. 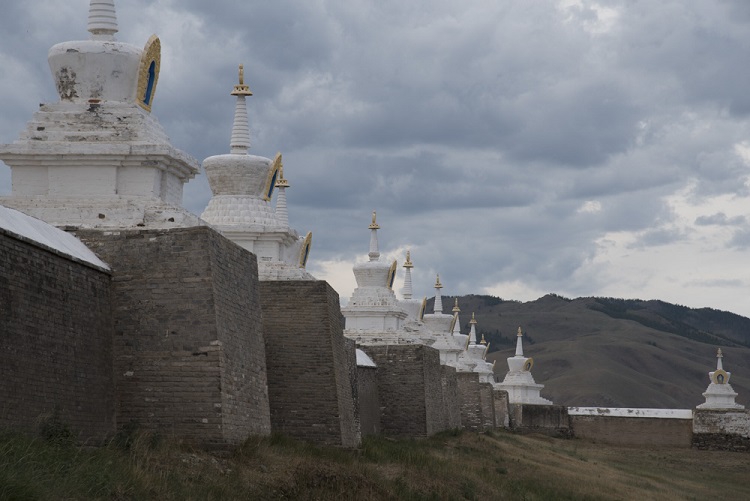 The name “Erdene Zuu” has come from the temple’s main amulet- Zuu, and “Erdene” means precious and sacred. The main temple is called the “Main Zuu” and in here the young profile of the Zuu is kept as the amulet, the childhood in the right one and the elderly aged form is kept in the left one. All three of them are built without a nail, using the knotting technique which is pretty impressive considering the era it’s built in. During the time the left temple was being built, the Abtai Sain Khan has passed away, so his wife has finished the building. Each three of them is slightly different from each other architecturally, the main one being the most beautiful and well-built one. In its prime, the temple used to be home to over 300 monks and residents.

As Mongolia goes through several revolutions and change of government, the Erdene Zuu has went along with it. As mentioned before, since the building static as this one was not that common in Mongolia. With that, and a fact that it was the first Buddhist religious temple in Mongolia, naturally it has become the center of Mongolia. The remains of the great city Karakorum used to be right outside the wall of the temple- serving as a source of the building material for the temple, and once the building process is done- a home for over hundred monks.

In the skirts of this remain of the city, there is a community with around 500 families staying in gers and usually working as a supplier for the monks’ food and offering other services such as herding and so on. In 1688, the temple was damaged during the armed conflict between Khalkha and Zuungar, and was rebuilt in 1850s. This damage was not the first, nor the heaviest the temple is going to face. 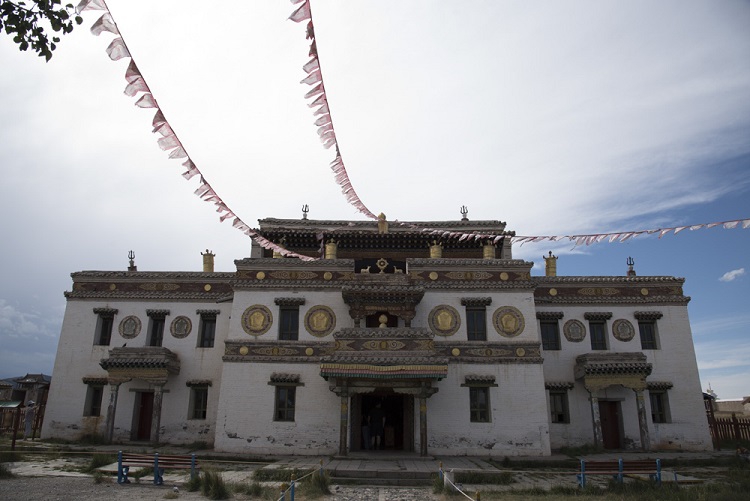 Surviving through the Communist era

After World War I, Mongolia has joined the Comintern and become part of the Soviet Union. Having the communism as a religion and party as a god, communism and Russia didn’t allow any religion or spiritual belief in its allied countries- including Mongolia. The Erdene Zuu- the most ancient and biggest of the spiritual cites of all, has obviously not been left out of the destruction of thousands of temples around the Mongolia along with the slaughter of ten thousand of monks. Luckily, under the pressure of Stalin, the main three temples have survived the destruction to serve as a museum and show-place for the international visitors to show as kind of a proof that communism doesn’t restrict religion. However, by the time the saving and rebuilding has started many of the priceless art have already been destroyed. Thanks to the great artists of that time, the temple was reopened as a museum and has been only legally operating temple in Mongolia until the fall of the socialism, which was in 1990. When the socialism has fallen down, the temple was given back to the monks and finally became the place for worship again, as well as museum for both local and international tourists. 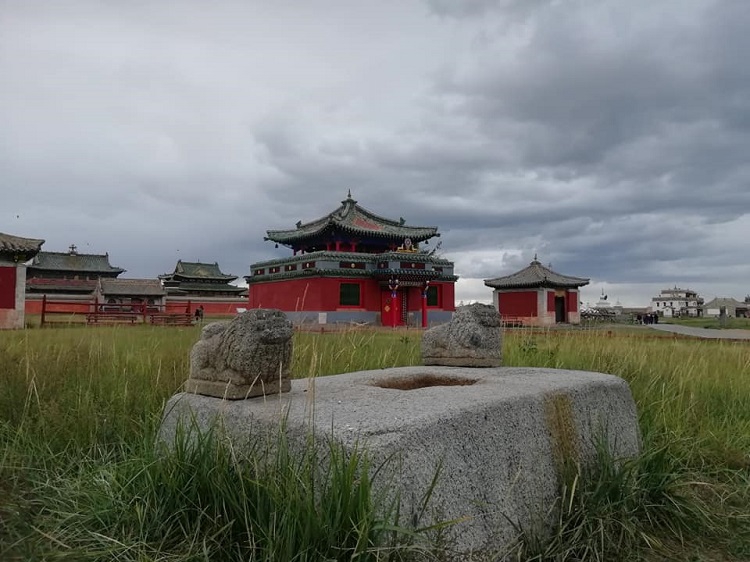 Legends regarding the temple

Even though we’re using the word ‘legend’ here, these stories have been included in the history books and can be regarded as true especially the first one. In 1745, a Buddhist disciple named Bunia has been unfairly tried and punished which caused him death. He has tried to fly from the top of the temple and has designed wings out of his monk’s deel which was the main reason of his trial. Even though he was real close to success, his success was not regarded in a good way since his teachers have thought that flying was not something that humans are supposed to do. 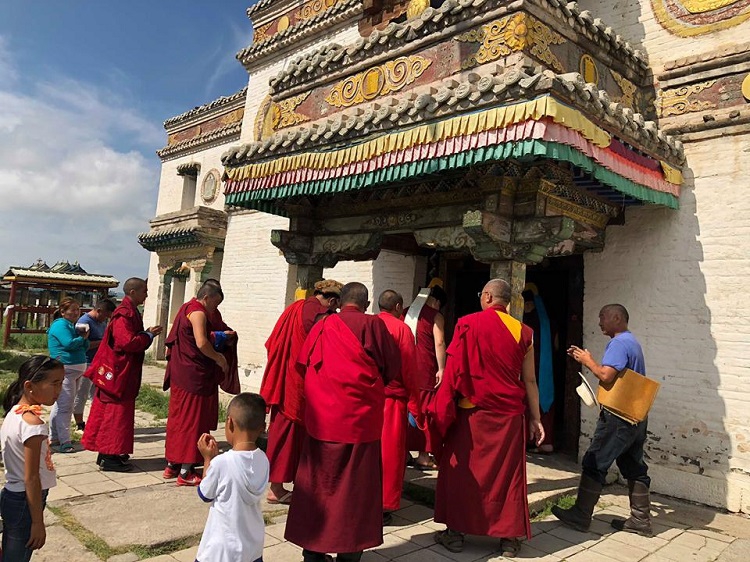 The second legend is that women who are infertile or the couples who are still trying can have more chance of having a baby if they visit this temple. Even though it’s scientifically impossible, people believe that it can happen and still visit the temple for this very reason.

Despite these legends, the monks here don’t spread and support any superstitions and don’t try and convert anybody’s religious belief. So even if you have a different religion, visiting the temple is a worthwhile in a view that it is one of the oldest temples where an artwork and sculptures that ages as old as nine hundred years are kept.

*Want to witness this sacred spaces for yourself? Join our classic Discover True Mongolia Tour or Gobi Desert tour 2021.