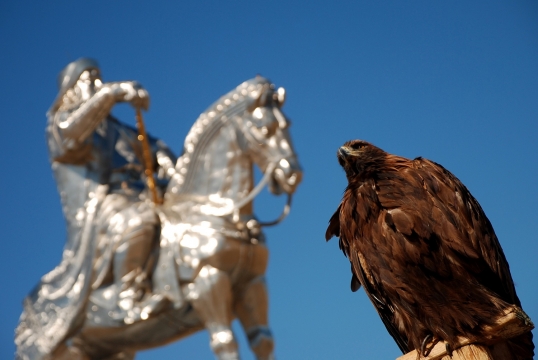 From: US$ 1,590
Book now Check availability
Taking part in this trip you will visit the legendary birthplace of Genghis Khan, the greatest warrior of all time. You will admire the beauty of the Eastern Mongolia, its wilderness and many historic sites connected to Genghis Khan, his childhood, his battles, his loves as well as his offspring'. This trip takes you to Oglogchiin Herem, the biggest graveyard of the 13th century Mongolian aristocrats, also Genghis Khan's Aurag city ruins, the Great Khan's birthplace Deluun Boldog, the Rivers Herlen and Onon, from which the Great Khaan once drank etc., 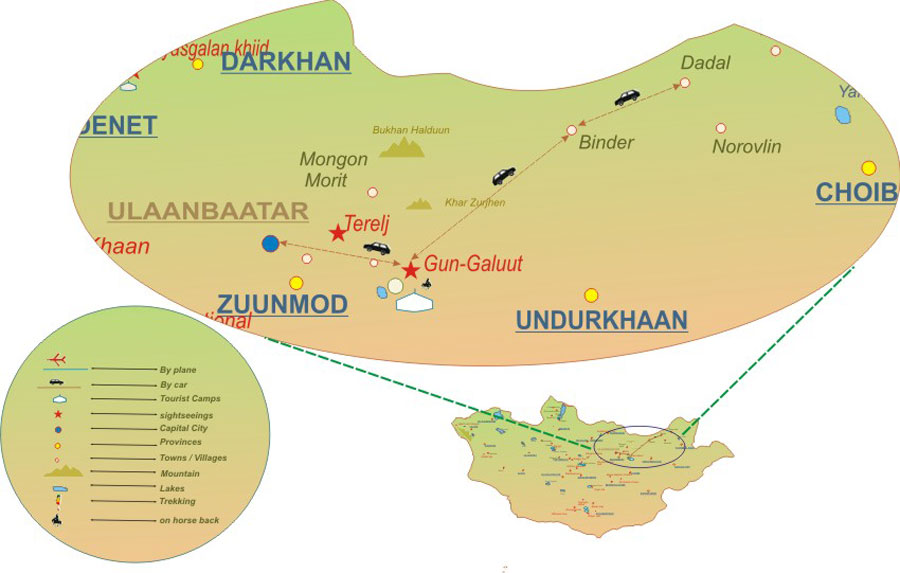 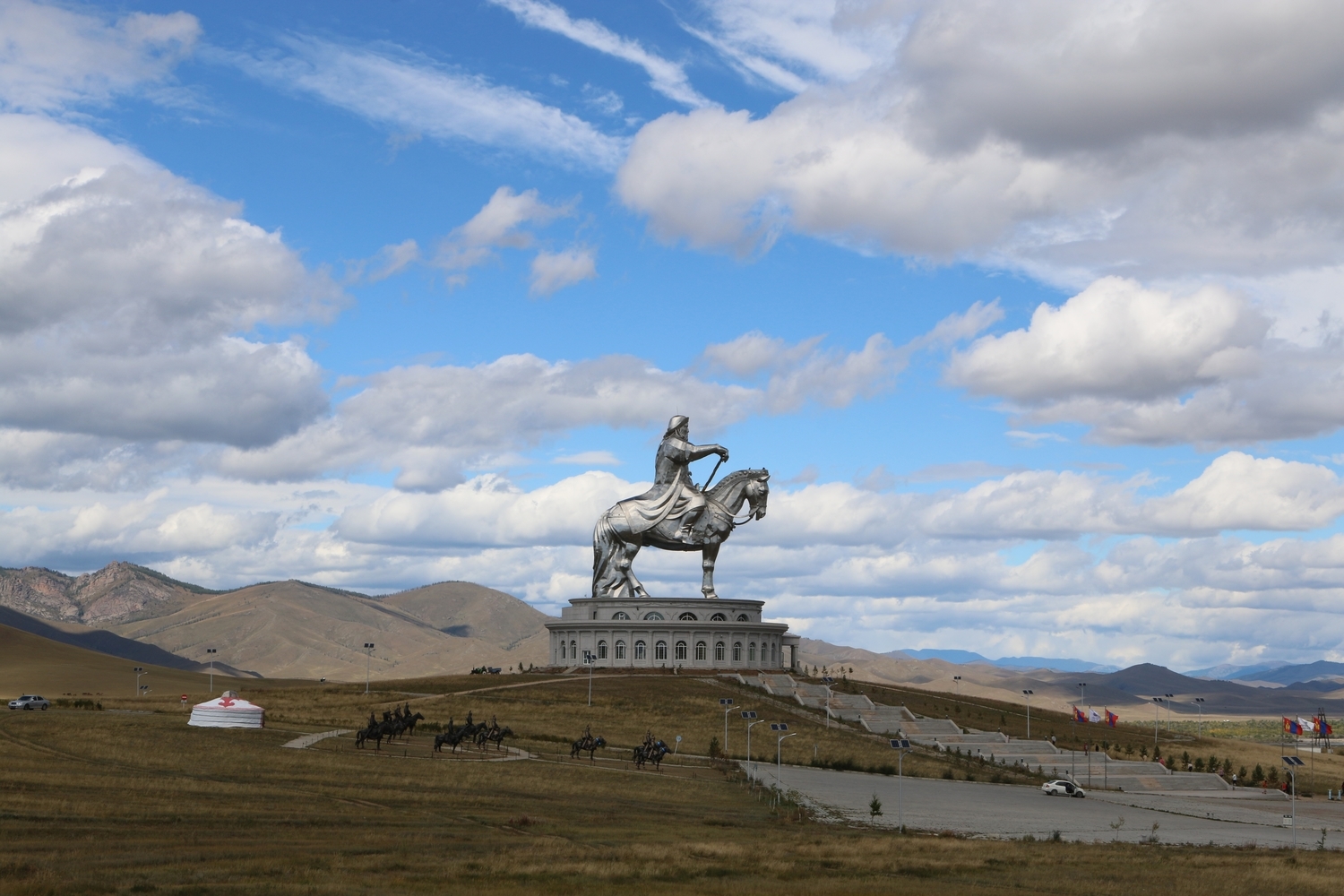 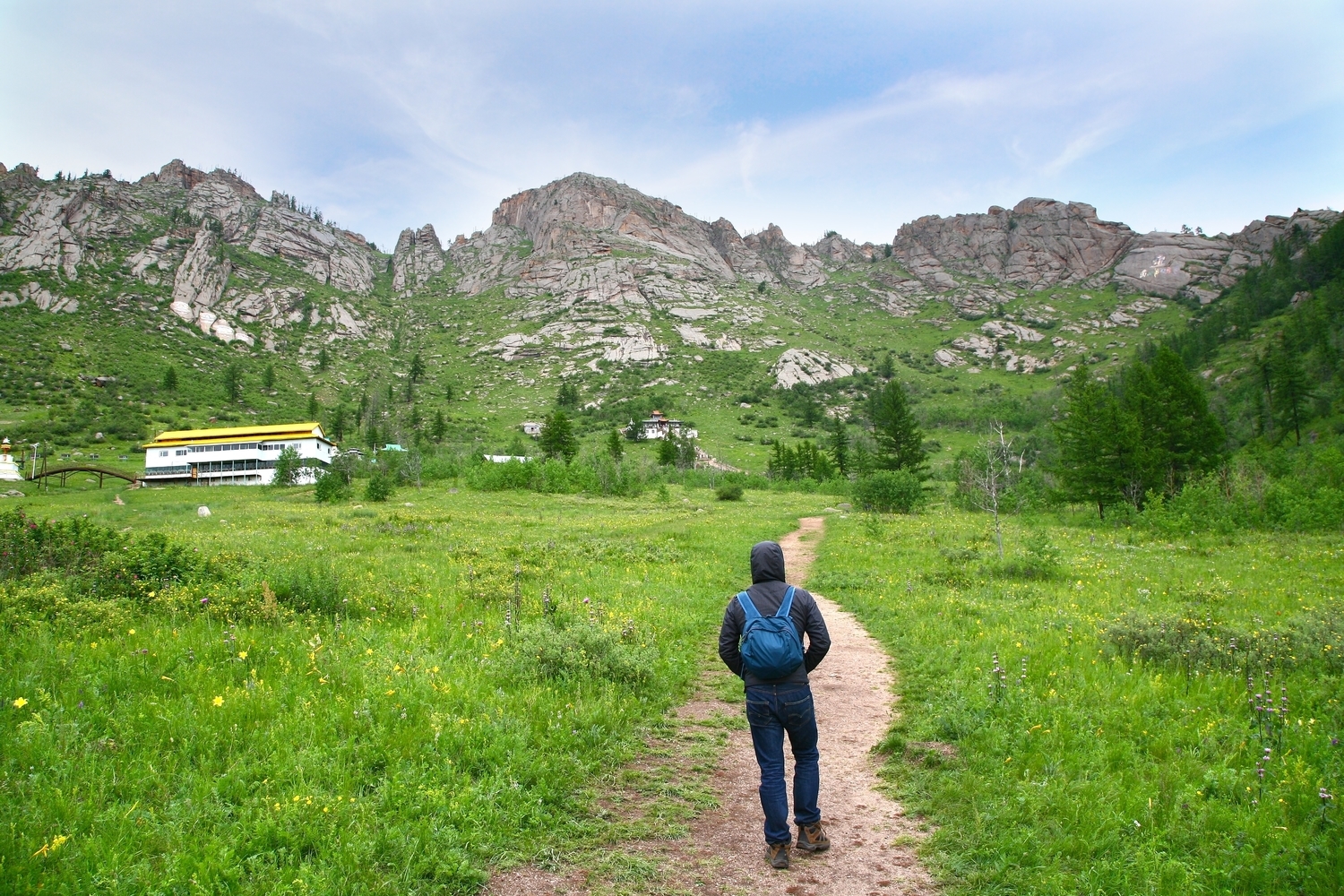 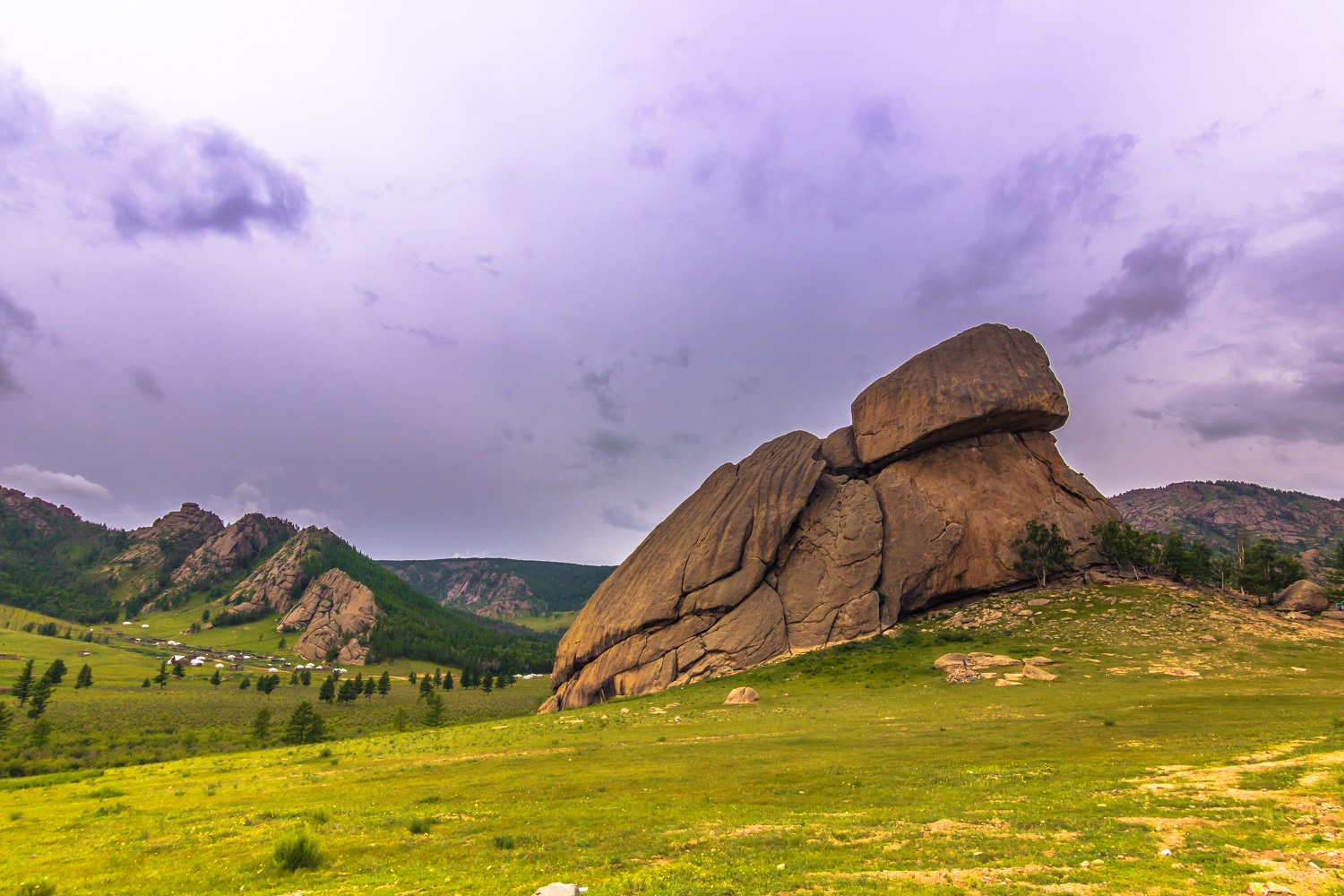 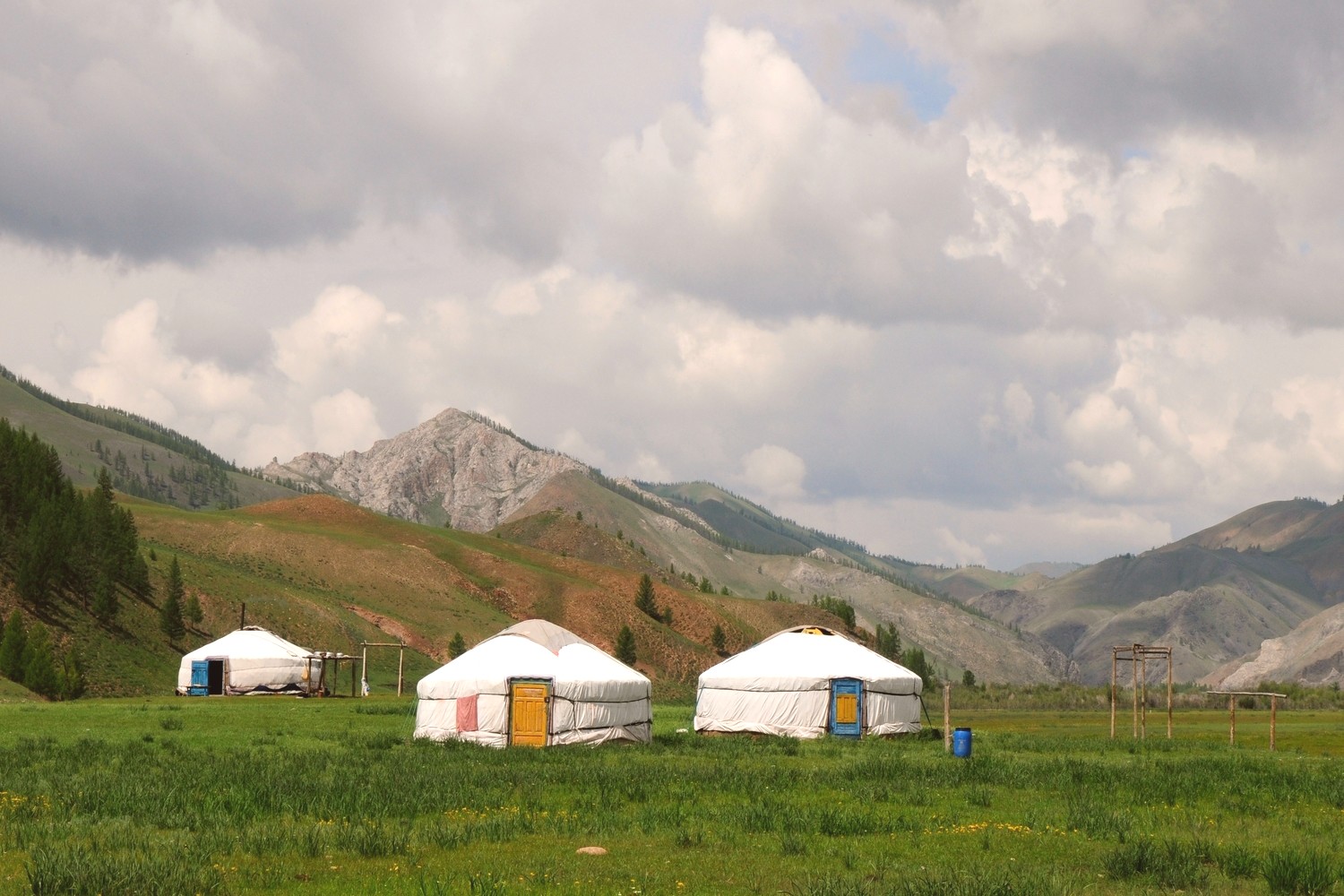 This morning we drive to Binder of Khentii province, arrive and transfer to ger camp. Visit the sites nearby and enjoy the wilderness. Ger camp B+L+D

Today we visit the sites related to Genghis Khan in Dadal- the legendary birthplace of the Great Khaan, The Khaan's monument at Deluun Boldog. Meet the Buryats - an ethnic group of Mongolia. Enjoy the nature beauty. Ger camp B+L+D

Drive to the amazing Gun-Galuut Nature Reserve via Herlenii Hodoo Aral - the site where the Secret History of the Mongols was written. Visit Genghis Khaan's monument and the ruins of Avraga city ruins at the bank of the River Aurug, known as Genghis Khaan's winter palace. Continue the drive to Gun-Galuut, arrive and transfer to Steppe Nomads ger camp. Ger camp B+L+D

Transfer to the airport after breakfast B

Not Included in the Price

Book now Customize this tour
Accommodation on Selena Travel tours
Ulaanbaatar: Ulaanbaatar, the capital city of Mongolia has many hotels ranging from basic 1* to high-end 5*. Some international hotel chains have opened such as Kempinski, Ramada, and Best Western to name a few. Some of Selena Travel Mongolia tours do not include hotel accommodation in Ulaanbaatar, where clients are advised to take care of their own accommodation in Ulaanbaatar. Please refer to your tour program (Included services and Exclusions section) for more details.
Your Selena Travel advisor is happy to assist you with hotel booking on your request. Below you will find some suggested hotels in Ulaanbaatar:
Outside Ulaanbaatar: Please take in mind that traveling in the countryside of Mongolia is often tough, a trip is conducted in remote areas where there’s no hotel and paved roads exist.

Outside of Ulaanbaatar, tourist Ger camps are the best accommodation for travelers. A Ger is Mongolian traditional dwelling made of felt layers and wooden construction, and the Mongols have lived in Gers since the time immemorial. Tourist Ger camps offer comfortable Gers with 1-4 beds with good bedding, and also have western style showers and WCs (mostly shared). A few Ger camps offer en-suite Gers at additional charge (please ask your Selena Travel advisor for this). Due to remoteness some tourist Ger camps may not excel in service, so travelers may not always expect high pressure showers, bubble baths or gourmet food etc.
Food on Selena Travel tours
During your tour in Mongolia you will be eating in good restaurants in Ulaanbaatar, we have a great variety in restaurants in the capital city. Once you are outside the capital, Ger restaurants in Ger camps and local cafes in the small towns and villages will be the places where you will be eating. Ger restaurants often have set menu, but their food is usually very good (Ger camps provide mostly continental breakfast, lunches consist of salad, soup, main course and dessert, whilst, dinners are usually salad, main course and dessert).
During your longer driving days you will take packed lunch from Ger camps (often vegetable salad, main course such as fried chicken/noodles/dumplings and a chocolate bar etc). Vegetarians are well taken care of both in Ulaanbaatar restaurants and tourist Ger camps.
Luggage allowance on Selena Travel tours
When you travelling overland in a vehicle (minivan & jeep), it would be suitable if you have 20kg luggage per person (max). However, please kindly note that domestic flight luggage allowance per person is 15 kg (10 kg for the check in luggage and 5 for the carry on luggage). For 1kg extra luggage you pay US$2 - 5.

Genghis Khan imprinted in the memory of the west bears little relation to the Chinggis Khaan revered by Mongolians. For the Mongols, he embodies strength, unity, law and order. He is the young king who united the warring clans.Until the end of the 12th century, the Mongols were little more than a loose confederation of rival clans. A Mongol named Temujin was born in 1162, as a prince of Kiyat-Borjigin tribe. After many years of hard life after his father's death, at the age of 20, he emerged from a power struggle to become the leader of the Kiyat-Borjigins. Within a few years, he managed to unite most of the Mongol tribes, and in 1189, he was given the honorary name of Chinggis Khaan, meaning 'universal (or oceanic) king'. No Mongolian leader before or since has held the Mongolians together.

Genghis Khan's Monument at Gurvan Nuur is famous for that it was erected in 1962 or during the communist time. During the communsit regime Genghis Khaan was seen as a monster, mass killer to the Mongols accoriding to the Soviet policy. The Mongols weren't allowed to say good things about their Great Khaan, if one once told he'd definetely be sent to jail.

Herlenii Hodoo Aral is also one of the most important place for Genghis Khaan's life. The only historic document on Genghis Khaan's life and wars "The Secret Histoy of the Mongols" was completed here in 1240. In honour of the event, a stone monument of the Great Khaan was erected here in 1990. The journey also takes us to Khajuu Bulag,a spring near Deluun Boldog, Genghis Khaan is believed to be washed for the first time after his birth.

Rashaan Khad is famous for its over 20 ancient inscriptions in Tibetan, Runic, ancient Mongolian etc. , It is a 10m high granite rock on a hill.

Some information about Genghis Khan: Globally known as Genghis Khan and locally called Chinggis Khaan was a brilliant leader, a great warlord and a change of the world's face. In Mongolia Genghis Khaan is worshipped more than Buddha or Jesus and proclaimed as the Son of Heaven. This Genghis Khan's birth place tour allows you to tour to Genghis Khan's land and travel to the history of Great Mongolian Empire founded by Genghis some 800 years ago.
Book now Customize this tour