Selena Travellers' trip article features on the Horseback magazine... even the cover

R.T and Terry Fitch are the Selena Traveller from USA who have joined horse riding and the Naadam festival trip in July 2012 for 8 days and this year, they’ve joined with us again and going to do tailor – made and private Tibet horse trekking and Xian, Chongqing of China tour for 17 days from 15 Jun 2013.

The Horseback Magazine featured Terry’s award winning photo as magazine cover and features the article on the trip in its May 2013 issue and R.T said that they also gave on the trip all the way up in Albany, NY last month. You can read the article from the page of 14 – 15, 18 – 21.

R.T Fitch is a president of Wild Horse Freedom Federation, “Wild Horse Freedom Federation (WHFF) is a registered, Texas non-profit corporation with federal 501(c)3 status. WHFF puts people between America’s wild equids and extinction through targeted litigation against governmental agencies whose documented agendas include the eradication of wild horse and burros from public, federal and state lands” source from his facebook.

According to his facebook, he is an author of "Straight from the Horse's Heart", passionate wild horse advocate, pro-horse and anti-slaughter lobbyist.President and Co-founder of Wild Horse Freedom Federation. R.T. Fitch is a jack-of-all-trades. In the past, he has worked with whales, dolphins, sea lions, and penguins at Sea Life Park in Hawaii.

First introduced to horses by his wife, Terry, his fondness for all things equine has become an obsession. They spent several years in Brazil where they met Terry’s current equine companion, Apache. Once back in the US with Apache, their herd of rescued horses grew as they donated their time to support equine rescue efforts in Texas and Louisiana. The highlight of their rescue career came during the equine rescue efforts after hurricanes Katrina and Rita as outlined in Ky Mortensen’s book," Horses of the Storm".

R. T. is the co-founder and President of the Wild Horse Freedom Federation and currently sits on the Board of Directors of Habitat for Horses. Likewise, R.T. is a charter member of the Equine Welfare Alliance and an avid supporter of The Cloud Foundation.He and Terry live on a small farm outside of Houston Texas where they care for and enjoy their rescued horses, German Shepherd, cats, koi and resident deer.

His wonderful wife Terry Fitch is an award winning freelancer photographer. She also won some international award for the trip of Mongolia, 2012. She shared some of her wonderful photos with us and you can see them "Horse trekking in the Orkhon Valley”

Good luck for their next horse trekking trip in Tibet. 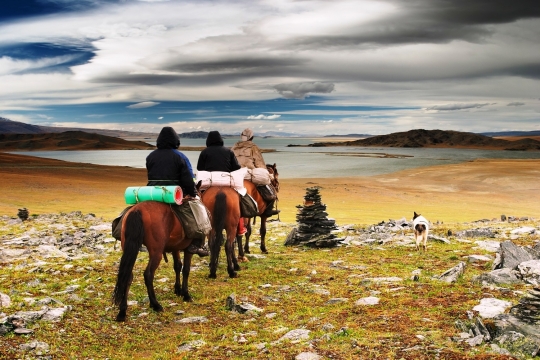 This wonderful horse trekking trip takes you to the Khan Khentii mountain range, one of the biggest ... 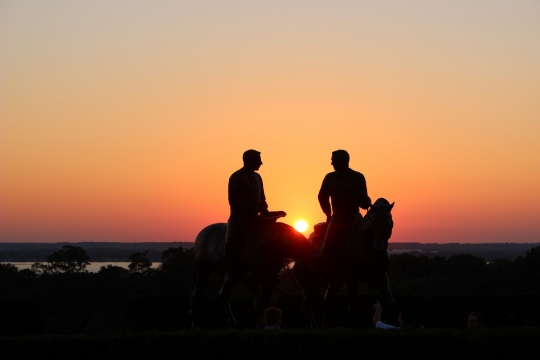 This trip takes you to the amazing Gun-Galuut Nature Reserve, which is a home to many endangered wil...