Home Blog What Language Do They Speak in Mongolia?

What Language Do They Speak in Mongolia?

A history of the Mongolian Language

For many people in the Western world, Mongolia is a faraway destination. They may know about Genghis Khan, but not much else. After centuries of Chinese rule, one common misconception is that Mongolian speak Chinese. While some surely do, in Mongolia, they speak Mongolian. It is an ancient and interesting language, full of cool ways to express ideas. It has undergone a few changes since it was spoken by Genghis Khan. 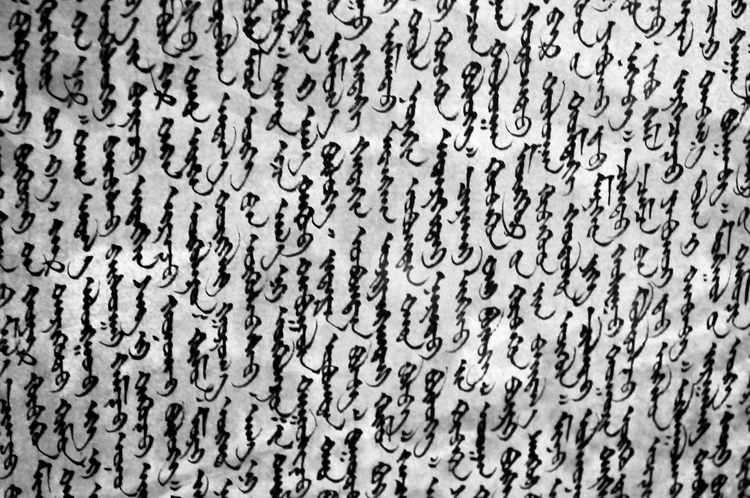 The Mongolian language is spoken in several places. It’s in the country Mongolia, or Outer Mongolia, Inner Mongolia, a region of China and Buryatia, a region in Russia. The Buryats speak a different, but closely related, language. The Mongolian language is part of the Altaic language family, which is named after the Altai Mountains in the Western part of Mongolia. This is links them with other Turkic languages, as well as Korean and Japanese. However, this idea is losing popularity among linguists. Most Mongolians in Outer Mongolia speak Khalkha Mongolian. It’s the one that’s taught in school. There are more diverse dialects spoken in Inner Mongolia, in China.

Mongolian’s earliest known roots are with Khitan, is a proto-Mongolic language. They inscribed their Chinese inspired characters on many stones to mark noble tombs. There are around 17 monuments with inscriptions in one version of the script. The script inspired the Jurchen script, which was used in Northeastern China. It’s unclear whether they were Mongolians or a Turkic tribe that lived in Central Asia. However, you can see some of these inscriptions at Mongolia’s History Museum.

Most scholars divide the history of the Mongolian language into three periods: Old/Ancient Mongolian, Middle Mongolian and the New/Modern Mongolian. These periods roughly correspond to the 12th century, 13th-16th centuries and 17th century to the present, respectively. There are few surviving examples of Old Mongolian. Linguists have reconstructed the language by comparing the records that do exist with other languages. They see what has been borrowed from other languages to try and discover what exactly the language would have sounded like. The traditional written form of Mongolian, which uses a brush stroke and vertical text, began during this time. The oldest texts that still exist are from around 1255! The Secret History of the Mongols, which was written around 1240, documents many of the palace intrigues and life of the Mongols during the great empire. In Inner Mongolia, they still use the script on buildings. 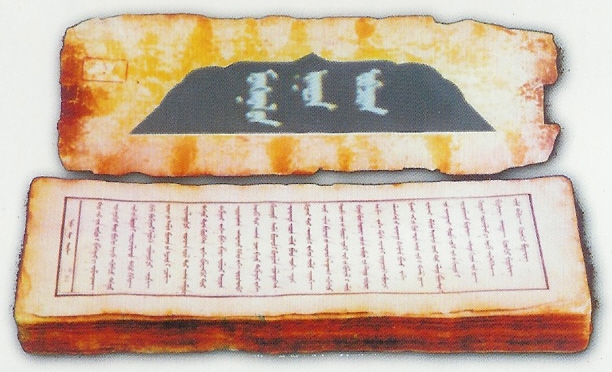 The period of Middle Mongolian began to develop as new scripts were adapted to the language. Mongolians traditionally practiced shamanism. During this time, they began to convert to Buddhism. It wasn’t the same type of Buddhism as in China, however, but Tibetan. The Mongols converted and translated Buddhist texts. This brought in Tibetan, Uighur, Sanskrit and Chinese words into the language. In fact, the written forms of the days of the week are usually borrowed from Tibetan!

Mongolian language spread out during this time as well, and certain dialects turned into isolated languages as the Mongolian empire. These languages still have some of the ancient features that Modern Mongolian lost. These languages can be found in modern day Afghanistan, China and other Central Asian countries.

With the beginning of the 17th century, Mongolian underwent a period of standardization. Zanabazar, the famous Renaissance monk, is usually credited with creating the Soyombo alphabet. The special character of the script is the symbol that is on the Mongolian flag today. The script can be used to write in Sanskrit, Mongolian and Tibetan. It’s very complex, but it did introduce horizontal writing into the language. It was used mostly for inscriptions. It’s too complex to be used as an everyday language.

The Classical Mongolian from the 17th-19th centuries was changed after World War II. Mongolia was aided by Russia and adopted a Communist government during this time. They also adopted a new writing system, Cyrillic. Despite the fact that some parts do not line up well, the adoption of the new alphabet has meant that literacy has increased. 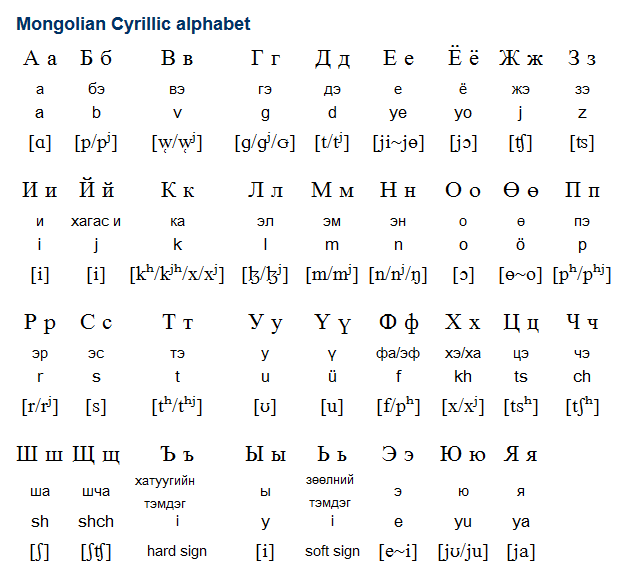 Despite its proximity to, and history with both Russia and China, Mongolian has more in common with Turkish than either of those languages. The language is agglutinative. This means that many words can be made by tacking on extra meanings at the end. For example, “gerluugee” which means “going to our homes”. Ger means home, and the other words indicate various cases that show in and possession.

There are a handful of resources online to learn Mongolian. In Ulaanbaatar, though, there are several bookstores where you can find books to learn more Mongolian. Speaking and understanding some of the language will definitely improve your experience here: Mongolians love to hear foreigners speak Mongolian. And I have never heard of a foreigner made fun of for trying to speak it. It is a truly fascinating language. Even learning a few words can help you to make new friends.