Home Blog An Introduction To The Eagle Hunters Of Mongolia

An Introduction To The Eagle Hunters Of Mongolia

If you’re plotting an excursion to Mongolia, one of the most interesting things a traveler can do is set out to witness the sport of eagle hunting.

What is eagle hunting, you ask? In short, it’s a method of hunting where the human hunter uses an eagle as his or her tool for capturing and killing animals for food.

But the intricacies of this craft run much deeper in Mongolia’s history as well as in the culture of the Kazakh people, and as such, we figured an introduction to the eagle hunters of Mongolia was necessary to help you start your journey off on the right foot.

In this guide, you should find all of the answers to any question you might have about this traditional Kazakh sport. So, read on to find out everything you need to know about the history, practice, and culture of eagle hunting in western Mongolia!

No introduction to the eagle hunters of Mongolia would be complete without a quick overview of their history. Eagle hunting is practiced by the Kazakh community, an ethnic group in western Mongolia. Of Turkish descent, the Kazakh people comprise the country’s largest minority group, and they are also present in other nearby Eurasian countries, such as Kazakhstan.

Using birds to hunt for food, also known as falconry, dates back to ancient times in Asian countries, and eagle hunting is no exception. For Mongolia, most of the country’s current Kazakh population, including the eagle hunters, migrated over from Kazakhstan to escape a communist regime. Bringing with them thousands of years of history, the Kazakh eagle hunters have elevated the sport’s significance in the country of Mongolia.

Today, Mongolia’s Kazakh people largely reside in the city of Bayan Ulgii, where eagle hunting and other cultural traditions are preserved within their community. In addition to eagle hunting, the Kazakhs are known for their music, artwork, and foods. Acquainting yourself with the Kazakh culture and way of life will make for a well-rounded experience, should you decide to head to their region of the country to witness the ancient and celebrated sport of eagle hunting.

Sport: How to Hunt with an Eagle

Now that we’ve taken a brief look at the history of the eagle hunters of western Mongolia and the Kazakh people, let’s talk about the logistics of the sport. How do you even begin to hunt with another animal as your weapon of choice?

First, in order to capture prey with an eagle, the hunter must first acquire an eagle. We’re going to get this out of the way right now: unfortunately, you can’t just waltz into a pet store and purchase a house-trained eagle. In order to get their soaring sidekicks, the hunters can either bait in the wild birds with food or take them from their nest. It’s more work than going to a pet store, but it is also much more exciting.

From there, the eagles are typically trained by example. Taking out an experienced eagle will help the hunters groom the new additions for the sport. Once fully trained, the eagles will typically bring back rabbits and other small animals, though sometimes larger prey can be successfully killed as well, which is a mark of the eagle’s skill. As you can imagine, training and managing an eagle for your hunting needs is no easy task, and as we’ll see next, the challenging sport is rewarded with revere in the Kazakh culture.

Hoping to witness eagle hunters in action? We don’t blame you! Their unique craft is a one of a kind experience for travelers to see, one that will leave you feeling better acquainted with the Kazakh culture and more fulfilled on your journey to Mongolia. Luckily, you don’t have to tag along on a private hunt (though that is a possibility!) to experience this sport. There are a couple of well known eagle hunting festivals in the western Mongolia region so that you can catch the action firsthand.

The most popular is the Golden Eagle Festival, typically occurring in October in the city of Bayan Ulgii, the Kazakh people’s cultural center. Here, skilled hunters and their eagles showcase their abilities in front of an audience, and awards are handed out to the most impressive and successful pairs. A second festival you could possibly attend is the Altai Eagle Festival, which usually pops up on the calendar about 2-3 weeks prior to the Golden Eagle Festival. Taking place in the town of Sagsai, the event operates on a smaller scale than it’s Bayan Ulgii counterpart, though it’s not any less impressive. Both are easily accessible to travelers through special tours with Selena Travel.

Regardless of which festival you elect to attend, the spectacle of eagle hunting will not disappoint. It’s a rare opportunity to catch a glimpse into an ancient practice that’s significant to the local community and cherished in the Kazakh culture.

Eagle Hunting on the International Stage

In 2016, The Eagle Huntress premiered at the Sundance International Film Festival. The documentary film follows a young Kazakh girl, Aisholpan, on her quest to become an eagle hunter, despite the sport’s male dominated nature. While the film received criticism for not fairly portraying the efforts of other female eagle hunters, it’s clear that the sport is quickly gaining a global audience. In other words, go to Mongolia now to witness the craft of eagle hunting, while it’s still an intimate attraction for tourists visiting the western region of the country.

While you’re traveling in Mongolia, we implore you to seize the opportunity to observe the Kazakh community’s eagle hunters in action. It’s one of those experiences that will leave you in awe of the way of life of this remote corner of the world, and it’s a craft unique to its region that will be the highlight of your trip. We hope this introduction to the eagle hunters of Mongolia has been helpful in your adventure planning, and happy hunting!

Trekking in the Altai mountains tour 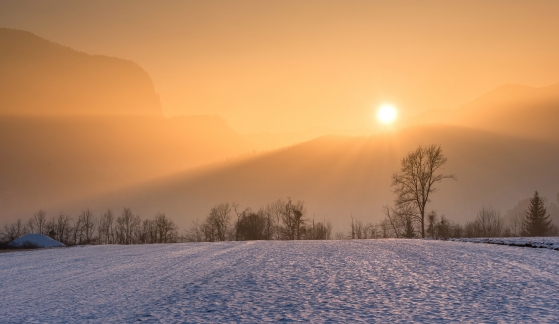 This trekking tour takes you all the way to the stunning Altai mountain range, which has the highest...