With a name that literally means “Axe Hero” in Mongolian, you would expect great things from such Mongolian man. And great things he did – he’s credited with being the “Father of the Mongolian Revolution.” Sukhbaatar’s life was not very long, but the man was instrumental in making a modern country. He was a gifted military leader and found a lot of success in turbulent times.

Sukhbaatar was born in the countryside of what is now Ulaanbaatar, in a Chinese trading settlement in 1893. His father was a day laborer, doing odd-jobs to support his family. By the time Sukhbaatar was six, his family had relocated near the Russian Consulate – playing with the diplomats’ children there, Sukhbaatar learned some Russian. This would help him as he learned about Communism and gave him an advantage in dealing with governments later in life.

Not 10 years later, Zaisan Jamyan offered a 14 year old Sukhbaatar an opportunity to get an education. When he was 16, Sukhbaatar became a proxy rider”, someone who served as a sort of back up to ride if the usual rider became injured or sick. By the age of 18, Sukhbaatar was drafted into the army. 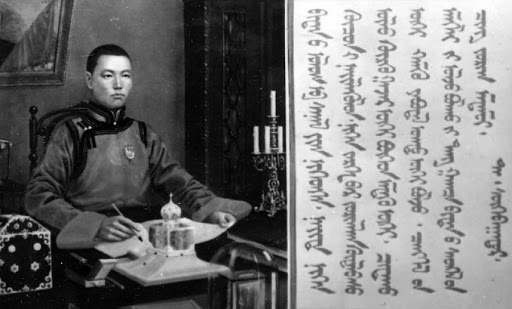 In the wider world, the Chinese were busy trying to get rid of the Qing Dynasty. The Qing dynasty, lead by the Manchu people had been ruling China since 1644. The Manchus are from Manchuria, a group of people from Northeast China who are distantly related to the Mongolians. By 1911, the Mongolians were dissatisfied with their rule. The Chinese Empire controlled Mongolian trade and society was very rigid. Most Mongolians were serfs for either nobility or monasteries.

As the Manchus were being removed from power in China, the leader of the Mongolian Buddhism, the Bogd Khan, declared independence. Russia signed a treaty to recognize the Bogd Khan’s government. However, there were different understandings of the treaty. Soon, World War I would disrupt everything as Russia went to fight in Europe. During the war, the Russian Bolsheviks seized power and started the Russian Revolution towards Communism.

In Bogd Khan’s army Sukhbaatar became a machine gunner. During his time serving in the army, he earned the title of Baatar, or hero. Sukhbaatar also protested living conditions for the army, and was sent to the Eastern border. After the war, he became politically involved, losing interest in his typesetting job. He and his friends organized a group called the Dzuunharaa Circle in 1919 that criticized the Bogd Khan’s government. By 1920 that group had joined forces with Choibalsan to become a Mongolian Communist Party. They got the support of the Communists in Russia. 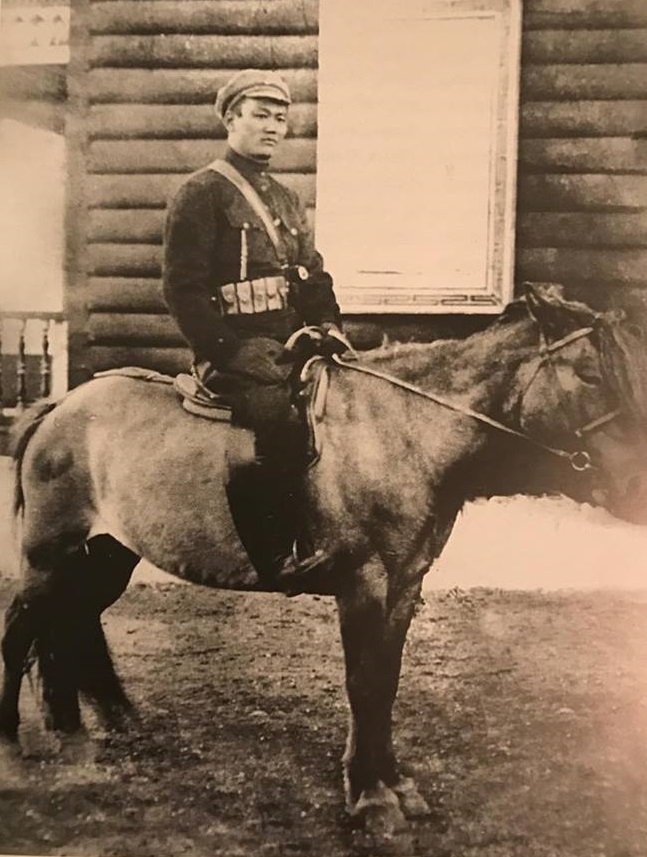 Sukhbaatar made his first trip to the Soviet Union in 1920 and by the next year formed the People’s Army to get rid of the Russian “Whites” or supporters of the tsar, who controlled the Northern part of the country. Sukhbaatar became the leader of the Mongolian People’s Partisans, an armed group of Communists. After engaging successfully with both the anti-Communist and some Chinese forces, Sukhbaatar was appointed the title of Commander in Chief and elected in to the established provisional government.

In 1921, right after the Congress finished appointing Sukhbaatar and organizing their provisional government, they decided to liberate the town of Khiagt from the Chinese. The city is located in Buryatia. Sukhbaatar led his trooped to success, despite the fact that the Chinese forces had far more troops. This event is now celebrated every March 18, as the Holiday for the Army. Sukhbaatar continued to expel enemies from the country. After fighting away Baron von Ungern’s forces, Mongolia declared independence July 11. Sukhbaatar was named Minister for the Army, which put him in charge of one of the most powerful parts of society.

Unfortunately, Sukhbaatar didn’t live very much longer. There were many internal and external threats to the new nation and Sukhbaatar’s government had to deal with planned coups and dealt with enemies’ executions. On February 20, 1922 he passed away after a breakdown a couple days earlier. There doesn’t seem to be a consensus about the cause of his death, but by the age of 29 he saw a lot of changes in his country – independence from China, a new social order and a world at war.

The capital of Mongolia, Ulaanbaatar is named after the “Red Hero” that helped to liberate the country. After he was buried, they moved his body to a mausoleum in a square named after him-Sukhbaatar square, and named towns, a province, and a district in the capital after him. Sukhbaatar’s face also adorns bank notes. I’m sure were he alive today, Sukhbaatar would be happy to see an independent Mongolia. 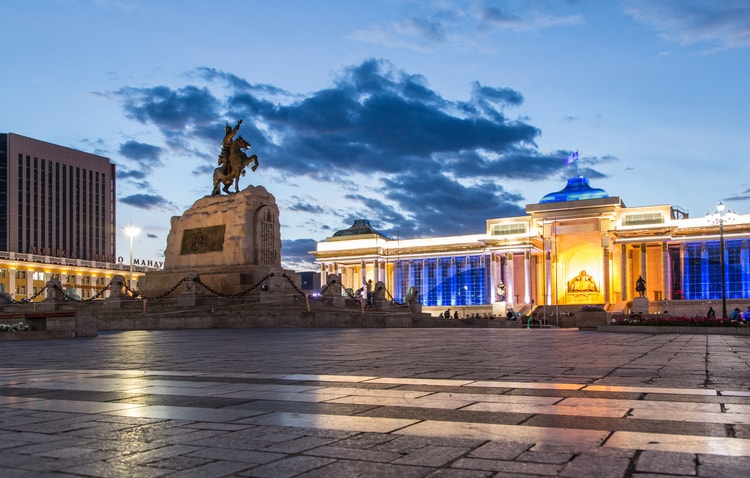