Roman von Ungern was born into a wealthy German family based in Tallinn, Estonia. The Baron started out life adrift. He was kicked out of several schools for various reasons until he found the army. His family served the Russian czar in the past, and he was keen to continue the tradition. After he joined, he was sent to the far East to support Russia in the Russo-Japanese War. There, Ungern excelled at fighting, just like he did all his life.

Ungern was eventually discharged after a drunken fight, though. Dejected, he made his way towards Mongolia. He became fascinated with the country and with Buddhism. He asked the Russian army to help the Mongolians pursue independence and ended up stationed out in Khovd until the first World War. He fought on the Eastern Front until the Russian Revolution started the Russian Civil War. Ungern and a fellow officer agreed to fight to reinstate the czar and departed to fight the Communist Reds on the side of the Whites.

The Russian Civil War was brutal, so a brutal man like Baron von Ungern did well with it. He terrorized Russian villages in Siberia, hoping to encourage them to join the fight to reinstate the czar. When it looked like the Communists had the advantage, he made his way back South to Mongolia. 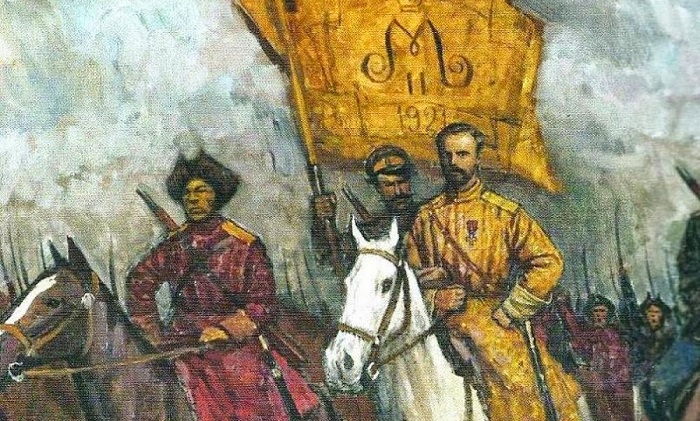 Ungern and his men invaded Mongolia in August 1920. There were Chinese troops stationed in Urga, what is now Ulaanbaatar, the capital. By the time Ungern and his company were there, his men were starving and raided local farmers for food. Ungern decided to invade the capital. It’s said that on an earlier raid, the Baron and a small group stumbled upon a sleeping Chinese sentry. Ungern woke him up, berated him, and sent him back to his commander, before finishing his reconnaissance. After a failed attack, the general told his men to light 3 fires for every man on the hillside before the attack to psych out the Chinese. His plan worked, and his company successfully took Urga.

The Bogd Khan was the spiritual and political leader of the Mongolians, and the 8th reincarnation of the Bogd. The Bogd Khan had a reputation for being cunning in the complex world of Buddhist politics. The Communists destroyed records and changed stories exalting him though, making it hard to say what exactly had happened. The Kahn was imprisoned by the Chinese at Urga, and was thrilled to be released by von Ungern. Ungern was obsessed with Buddhism and really took to the Khan. The Bogd Khan gave him his support. Ungern was officially a ruler of Mongolia. 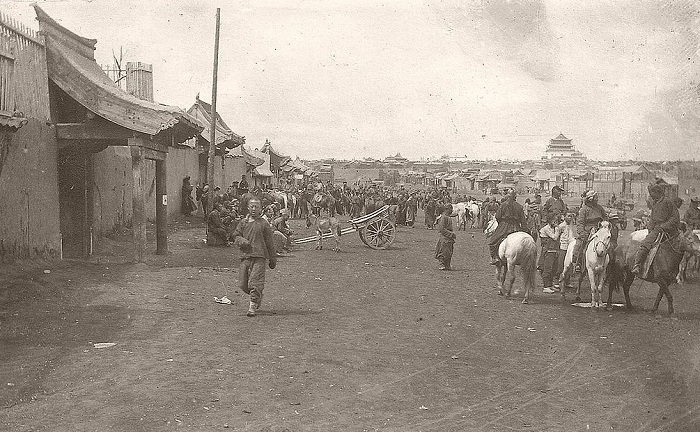 Ungern continued to roam the countryside but his antics gave support to the Communists. It isn’t clear how he planned to help reinstate the czar at this point, and he mostly roamed around the countryside. He stopped treating the Mongolians so well, both those working for him and those he came across. With no other means of support, his army raided from Mongolian farmers. He captured any young men and forced them to join his rag tag company of starving men. When they inevitably deserted, he wasn’t as harsh as he was with his Russian troops, but they would definitely have expected to receive a beating.

With his prospects for victory slimming down, Ungern planned to retreat to Tibet and regroup there. His troops, not relishing a months long march over dry steppe, instead elected to get rid of their commander and revolted. The Baron narrowly avoided death, probably because of his fearsome reputation, but escaped into the arms of the Communists who were chasing his group. After a show trial, the Baron was executed by firing squad.

It’s always impossible to know what could have happened differently in history, but if Baron von Ungern hadn’t come into Mongolia with his reactionaries, the Communists would have had a harder time asserting their influence. The Chinese may have had a stronger case for making Mongolia a vassal state and incorporating it into China. By bringing the Communists into the country, Ungern helped Mongolia shore up its independence. Despite his crazy stupid quest to bring back the Russian monarchy, Ungern actually helped Mongolian independence.