With some of the most beautiful landscapes in the world, Mongolia is a great adventure travel destination. It’s rugged countryside and helpful locals will help ensure that you have a good time at whatever level of risk you’d like to take. From Easy day hikes to life-changing, multi-day survival exercises; Mongolia has you covered. Here are five of the best Adventure Travel ideas to get you inspired to visit!

Mongolia and horse riding go hand in hand. The Mongols conquered half the world on horseback, and they still love their trusty steeds. It’s amazing to see someone from the city hop up on a horse and ride away, and in the countryside, you can see kids as young as 6 hop on and go at full gallop to calm a horse down. 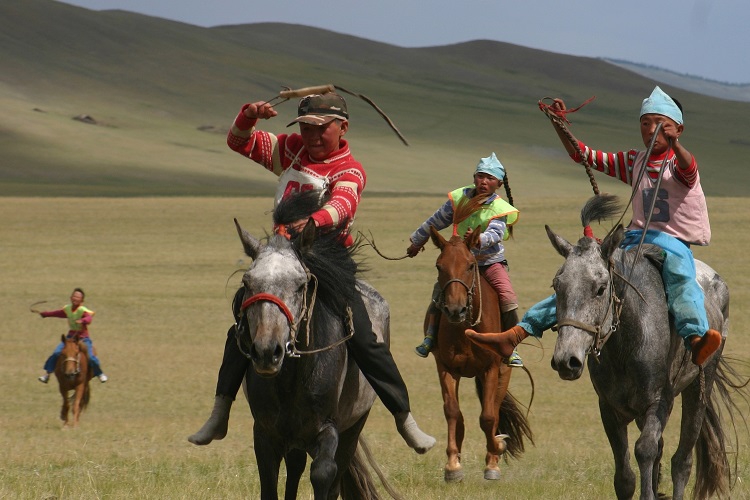 There’s no better way to see the country than taking a horse tour. Whether it’s for a couple hours, or for several days, Mongolia is a landscape that is relatively easy to go on horseback. From your perch atop the horse, you get a better view than down on the ground. Your horse can easily navigate the washed out, or nonexistent roads. You can also load them up with your gear and hike any gnarly bits. Best of all, except for the sandiest parts of the Gobi, you can find and ride a horse anywhere in the country. 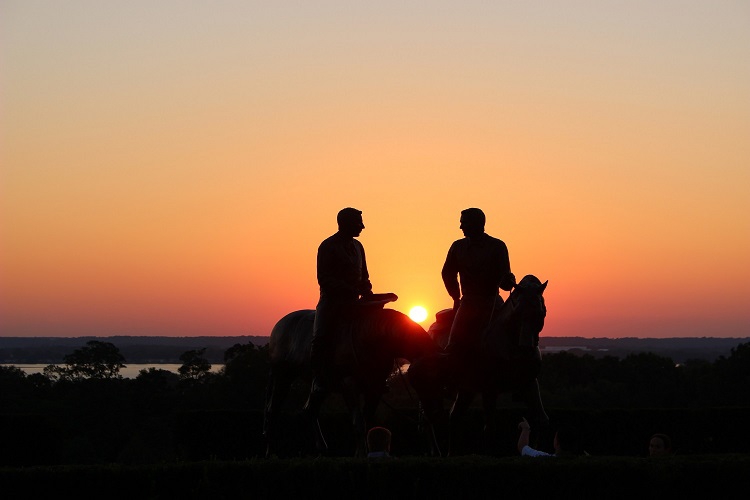 Mongolian horses tend to be a bit shorter and a little wilder than horses in other areas. They are typically given a lot of freedom, and only sometimes are penned in. Go with a reputable horse trainer to make sure that you’re getting a horse that is appropriate for your skill level. Be clear about your experience too, they don’t want you to get hurt.

Another epic way to see the country is by bike. Feel the wind in your hair and experience the country outside of an air-conditioned bubble. Mongolia’s countryside rewards those who brave it. Whether it’s a motorbike, or a bicycle; Mongolia’s roads are a little more navigable on two wheels rather than four. 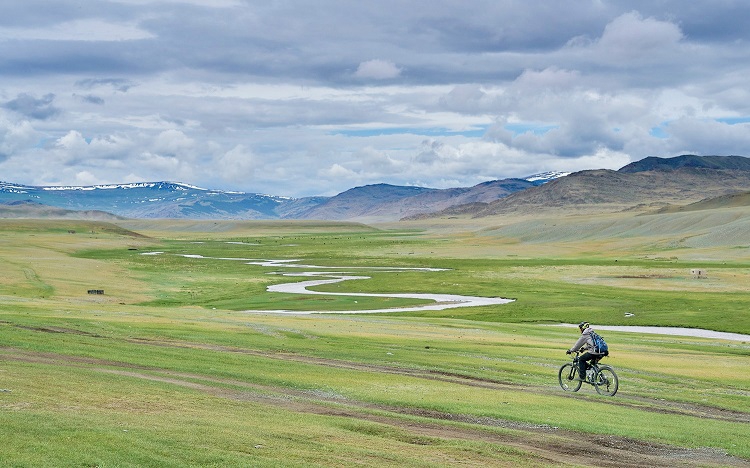 Again, short tours are possible around Ulaanbaatar if you only have a day or a few hours, but longer tours are also available. Most of these tours tend to be based around Ulaanbaatar. For example, from UB to Terelj is a popular road for cycling that follows the Tuul River. There are many tours you could do throughout the country. If you’d like a flat and remote challenge, head out to the Eastern part of the country and ride through a sea of grass. If you want some challenging mountain biking, head out West to Olgii, or Hovd province. If you want something that’s a little closer, but to see some cultural surprises, go to the Orkhon River Valley.

There are many bicycle rental places that you can choose from. Some will set you up with a tour themselves, and provide support. You could also just do it from one regular tour company if you want to incorporate it into a regular tour. For example, if you wanted to go to the Gobi, and also do some mountain biking outside of Dalanzadgad, you would probably want a company to try and arrange that for you. If you are mechanically competent, you can do an unsupported tour, but remember to bring spare parts and a satellite phone!

There is nothing quite like climbing a hill on your own two feet, looking out, deciding to climb to the next and going. And to be able to do that and wake up in the wilderness, and do that for a couple of days, it’s like recharging your batteries. 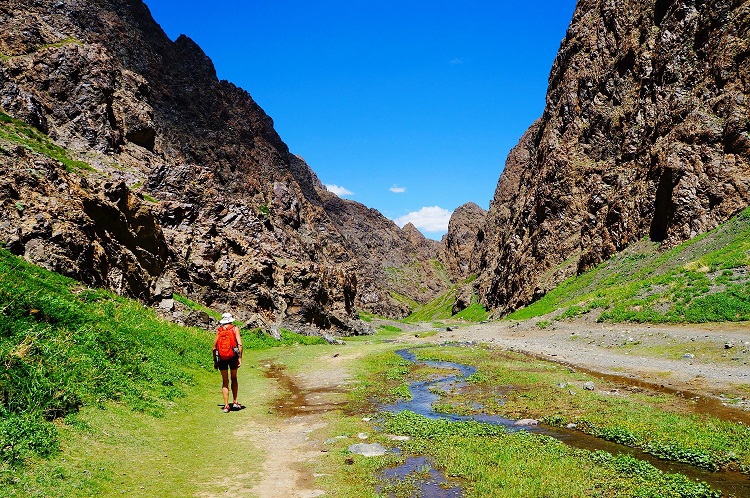 This is a great option for adventurers to do self supported. They can bring their own gear, or rent some at one of the outfitters. Stuff like tents and sleeping bags can be heavy or one-time use, so it may be a better option.

Some great locations for this kind of adventure, is Terelj. It’s close to Ulaanbaatar, and doable in a day. There are restaurants and plenty of other people around, by Mongolian standards, so that if something goes wrong, you won’t be completely out of luck. However, if you do want to go outside of Central Mongolia, the mountains in Hovd and Olgii are tempting as well. Khuvsgul’s hills and forests also provide some great camping in a more remote area.

In a country as vast as Mongolia, you can bet that off-roading is often an option. In fact, you will probably go off-roading if you spend enough time in Mongolia. The harsh winters make road construction challenging. The vast distances make the roads expensive to connect towns. Small towns don’t have a lot to spend to improve roads. Even some of Mongolia’s highways feel like off-roading with the tough conditions they have to endure. 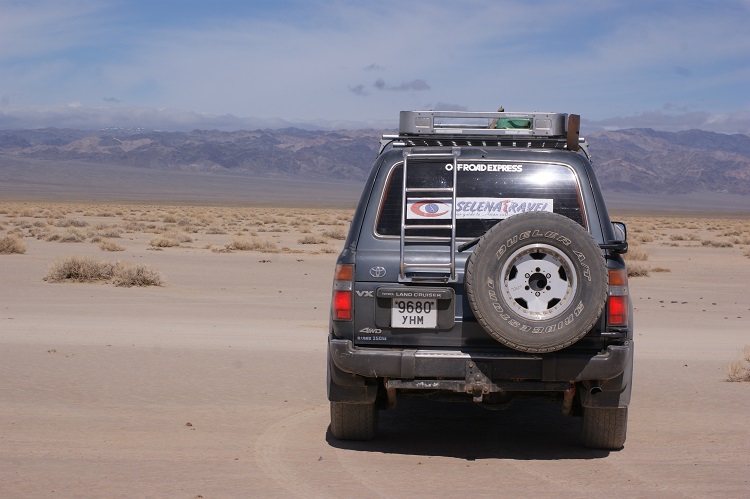 That said, there are a number of opportunities to go off-roading. You can drive out to the Eastern part of the country, and take your four-wheel-drive vehicle and really put it through its paces. Or on the way to Lake Huvsgul, you can avoid the highway and instead drive across fields, and wait patiently for herds of animals to move. There are river crossings wherever you go in the country. There are few rock formations to drive over, but there are a number of companies that will rent you sufficiently powered off-road vehicles, from buggies to jeeps, and let you drive. 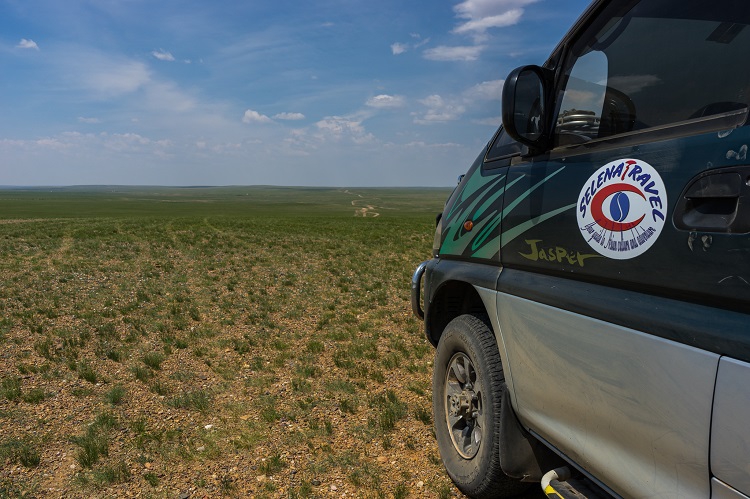 The best time for off-roading is either the summer or the winter. In the summer, you can drive with the windows down and wind in your hair. There are plenty of people out, so you can feel a little more supported than if you were to go in a quieter season. In the winter, the lakes and rivers freeze over. You can drive up to areas that normally would be irritating mud pits in the spring and fall.

One of the newer options for adventure travel is river rafting. You can take a small boat from Terelj National Park, down the Tuul River and end back up in Ulaanbaatar. There are a number of islands in the river, providing great spots for a nice break. After it rains, you can definitely experience a faster river as well.

Outside of Ulaanbaatar, there are a couple other places that would facilitate good water travel. Lake Huvsgul immediately springs to mind, though you may want to bring your own tubes or equipment. There are a couple other rivers, like the Kherlen in Khentii province and the Orkhon you could navigate in the summer. However, the rivers depend on rainfall, and if it’s a dry summer, you may be out of luck with this option. 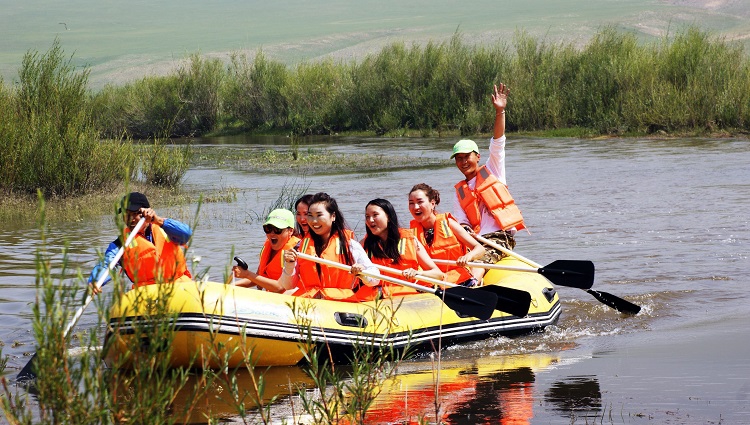 As you can see, there are a number of great adventures you can do in Mongolia. This list doesn’t even include dog-sledding in frozen rivers, skiing and snowboarding, or even thru-camping. The best time to visit Mongolia is whenever you can, though the summer months (June, July, August, September) have the best weather. For a colder challenge, come during the fall and early winter. Any time you come, you’re bound to have the adventure of a lifetime on a trip to Mongolia!